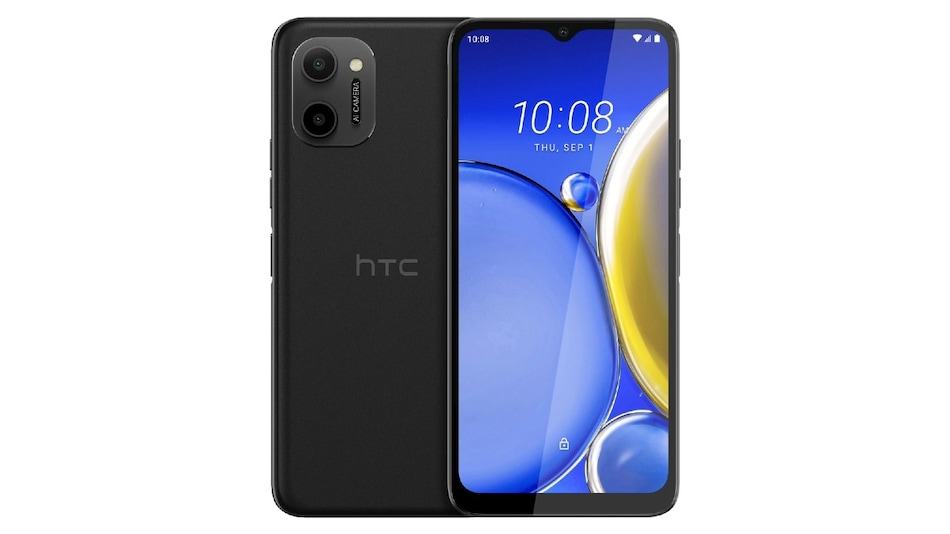 HTC has seemingly unveiled a new Wildfire series entry-level smartphone in Russia. The HTC Wildfire E Plus has been listed on a Russian e-commerce site. This smartphone has a 6.5-inch HD+ display with a waterdrop-style notch for the selfie camera. It is a dual-SIM (Nano) 4G smartphone that runs on Android 12 Go Edition. Under the hood, it packs a quad-core MediaTek MT6739 SoC. The HTC Wildfire E Plus features a 13-megapixel dual rear camera setup and a 5-megapixel front shooter.

The HTC Wildfire E Plus appears to be only available in Russia for now. Its sole 2GB RAM + 32GB storage variant is listed to cost RUB 7990 (roughly Rs. 11,000). This HTC smartphone comes in a Black colour only.

There is no word from HTC as to if or when the Wildfire E Plus will make its way to other global markets.

The HTC Wildfire E Plus has a 6.5-inch display with an HD+ (720x1.600) pixels resolution. It runs on Android 12 Go Edition and is powered by a quad-core MediaTek MT6739 SoC. The handset has 2GB of RAM and 32GB of onboard storage, which can be expanded via a microSD card.

The HTC Wildfire E Plus features a dual-rear camera setup, including a 13-megapixel primary snapper and a 5-megapixel secondary sensor. It is also equipped with a 5-megapixel selfie camera on the front.

It measures 75.89x164.06x8.75mm and weighs about 190g, as per the listing. The handset packs a 5,150mAh battery with 10W charging support. The HTC Wildfire E Plus offers Wi-Fi and Bluetooth v4.2 wireless connectivity. There is also a USB Type-C port and a 3.5mm headphone jack.