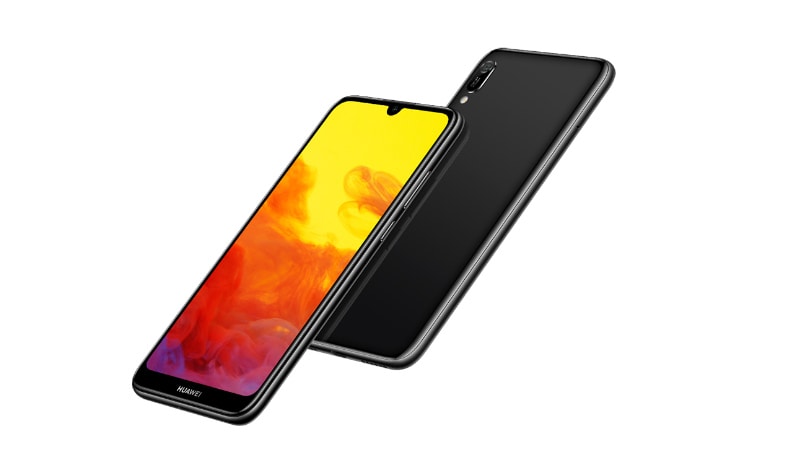 Huawei Y6 Pro (2019) price has been revealed in Philippines

Huawei announced a new smartphone called Y6 Pro (2019) in Sri Lanka last month. At the time of launch, the price of the smartphone wasn't disclosed, but it has now been revealed in Philippines. It has been made available in two colour options, and is up for pre-orders already. The Huawei Y6 Pro is seen to sport a waterdrop-shaped notch, a single rear camera setup, low-light face unlock support, and runs on EMUI 9.0 based on Android Pie. There's no fingerprint sensor in sight, so the phone presumably relies on Face Unlock apart from other traditional methods of unlocking the phone. Notably, at the time of the Sri Lanka unveiling, the processor details were also not known - they have now been detailed.

As per a report in Philippines media Dugompinoy, the Huawei Y6 Pro (2019) is priced in Philippines for PHP 6,990 (roughly Rs. 9,500) for the lone 3GB RAM + 32GB storage option. It is available in Midnight Black and Sapphire Blue colour options. It is already up for pre-order and sales will begin from February 23.

The device was first announced in Sri Lanka, and it is seen to sport a dewdrop notch, a considerable chin at the bottom of the display that houses the logo as well. At the back, there's a single rear camera setup, and the Huawei logo sits on the bottom end of the rear panel.

The phone is seen sporting a Micro-USB port, two speaker grilles at the bottom edge, the 3.5mm audio jack sits on the top edge, and the volume and power buttons are seen sitting on the right edge of the smartphone.

As for hardware, the Huawei Y6 Pro (2019) runs on Android Pie-based EMUI 9.0 and sports a 6.09-inch HD+ (720x1560pixels) dewdrop display with 87 percent screen-to-body ratio. It is powered by the MediaTek Helio A22 quad-core processor paired with 3GB RAM. Internal storage is at 32GB with the option to expand it further using a microSD card slot (up to 512GB).