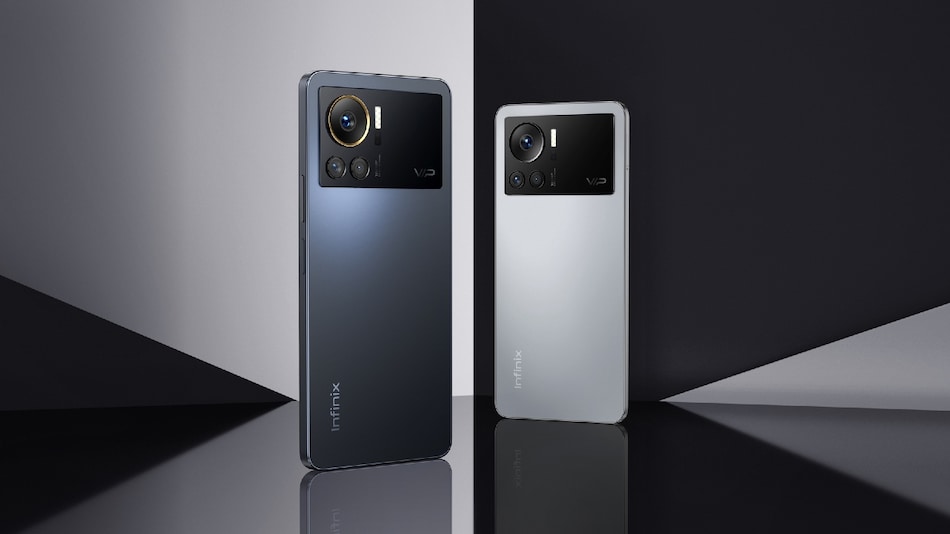 Infinix Note 12 VIP has been launched along with the Note 12 G96 in select regions. The Infinix Note 12 VIP features 120W Hyper Charge technology, a 6.75-inch full-HD+ AMOLED display with a 120Hz refresh rate, and a 108-megapixel triple rear camera setup. The Hong Kong-based company has also unveiled the Infinix Note 12 G96 which borrows its name from the equipped Helio G96 gaming SoC. Both these handsets' exteriors are made from aerospace-grade ultra-thin glass fibre and they pack 103 battery protection features to keep them secure while charging.

The Infinix Note 12 VIP comes in Cayenne Grey and Force Black colours. It is priced at $299 for the 256GB storage variant. On the other hand, the Infinix Note 12 G96 offers Force Black, Sapphire Blue, and Snowfall colour options. It has 128GB/ 256GB storage variants, and its pricing starts from $199. According to the listings on the Find Store page, these Infinix smartphones could be soon available in select Asian, African, and South American countries.

For optics, the Infinix Note 12 VIP has a 108-megapixel Cinemagic primary camera with an f/1.75 aperture as well as a 13-megapixel ultra-wide lens with an f/2.2 aperture and a 2-megapixel depth lens with f/2.4 aperture. There is also a 16-megapixel selfie camera on the front. It features 120W Hyper Charge fast charging technology, which is claimed to fully charge the equipped 4,500mAh dual-cell battery in around 17 minutes.

The Infinix Note 12 VIP is equipped with a nine-layer graphene cooling system. Its dual speakers are enhanced by DTS technology to produce immersive 360-degree surround sound. There are also dual X-axis motors for tactile feedback while gaming. It runs on the Android 12-based X OS 10.6. This handset is 163.5x76.7x7.89mm in dimensions and weighs 198g.

The Infinix Note 12 G96 has a 6.7-inch full-HD+ AMOLED display with a 92 percent screen-to-body ratio. Under the hood, it packs a MediaTek Helio G96 SoC. It offers up to 13GB of RAM (8GB RAM + 5GB extended RAM) and up to 256GB of storage. This smartphone features a 50-megapixel triple rear camera setup with great night shooting capabilities. It also sports a 16-megapixel selfie snapper.

This smartphone is fitted with a 5,000mAh battery that supports 33W Flash Charge technology. The Infinix Note 12 G96 sports an ultra-sleek design with a thickness of 7.8mm. For gaming, it packs a 10-layer graphene cooling system, a linear motor for haptic feedback, and DTS-enhanced dual speakers for 360-degree surround sound.