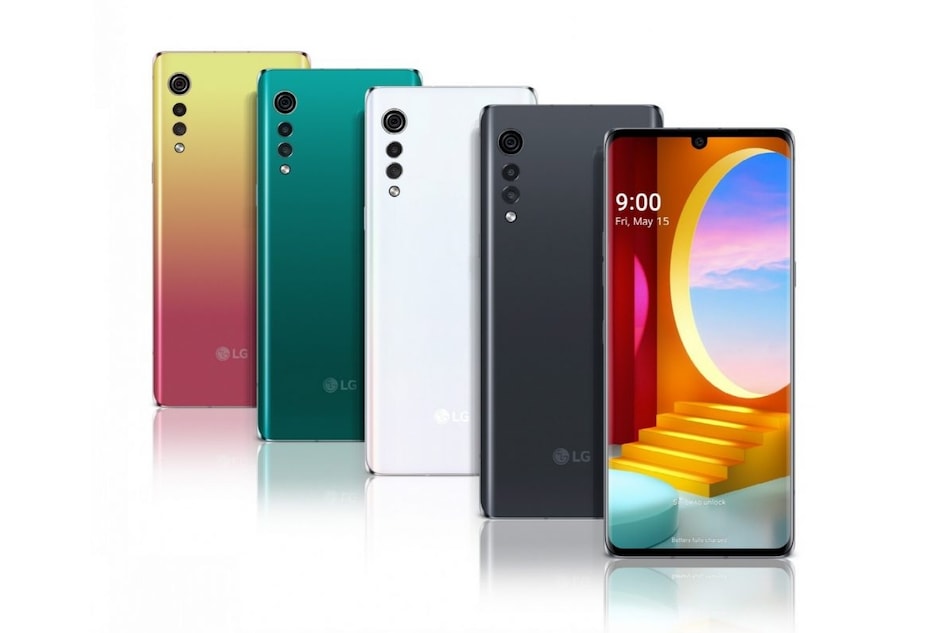 LG Velvet has been unveiled as the company's latest smartphone model — days after being a part of teasers and rumours. As confirmed by initial teasers, the new LG phone comes with a Cinema FullVision display and is powered by Qualcomm Snapdragon 765G SoC. LG has also provided a waterdrop-style display notch and a curved screen design. Other key highlights of the LG Velvet include a triple rear camera setup that has sensors placed like water droplets and a velvet-touch design. There are also four distinct colour options to attract different audiences. The LG Velvet has debuted in South Korea. However, it is expected to reach global markets in the coming days.

The LG Velvet price is set at KRW 899,800 (roughly Rs. 55,700) for the single, 8GB RAM + 128GB storage configuration. The phone comes in Aurora Green, Aurora Gray, Aurora White, and Illusion Sunset colour options. Furthermore, it will initially be available for purchase in South Korea from May 15, with its pre-orders scheduled for Friday, May 8.

LG hosted the launch of the Velvet phone through a livestream earlier today. The company didn't reveal any details about its global launch at the time of its announcement in the Korean language. However, a report by The Verge says that LG has plans to make an English-language announcement of the new smartphone later this month. This suggests that it would ultimately debut in global markets soon.

Much about the LG Velvet, including its price and specifications had already been revealed by the company. Having said that, here are all its prime specifications. The phone runs Android 10 out-of-the-box with a custom ROM on top. It comes with a 6.8-inch full-HD+ (1080x2460 pixels) Cinema FullVision POLED display that has a 20.5:9 aspect ratio. Under the hood, there is the octa-core Qualcomm Snapdragon 765G SoC, paired with 8GB of RAM. The LG Velvet has the triple rear camera setup that houses a 48-megapixel primary sensor with an f/1.8 lens, 8-megapixel secondary sensor with a wide-angle f/2.2 lens, and a 5-megapixel depth sensor with an f/2.4 lens. The phone also has a 16-megapixel camera sensor at the front for selfies and video chat that is paired with an f/1.9 lens.

The LG Velvet comes with 128GB of UFS 2.1 onboard storage that is expandable via microSD card (up to 2TB). Connectivity options on the phone include 5G, 4G LTE, Wi-Fi 802.11ac, Bluetooth v5.1, GPS/ A-GPS, NFC, and a USB Type-C port. The smartphone comes with stereo speakers and has an in-display fingerprint sensor. It also supports accessories such as a Wacom Stylus pen and an LG Dual Screen cover.

LG has provided a 4,300mAh battery on the Velvet that supports both wired and wireless charging. The phone also comes with an IP68-rated build that is MIL-STD-810G certified. Besides, it measures 167.2x74.1x7.9mm and weighs 180 grams.