Smartphones based on the new MediaTek SoC will debut in the third quarter. 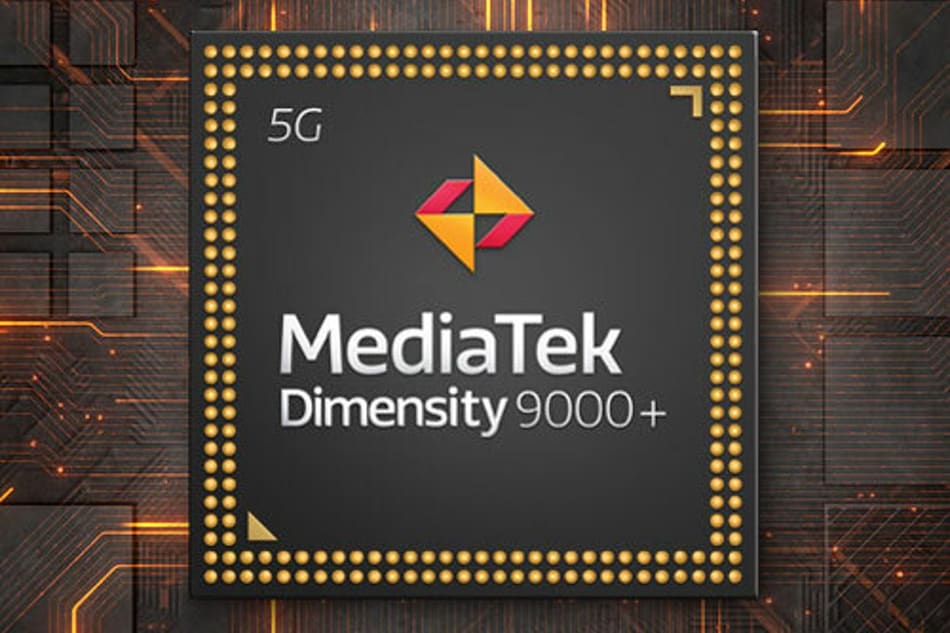 MediaTek Dimensity 9000+ comes with a Cortex-X2 CPU core that is clocked at up to 3.2GHz speed

Smartphones powered by the MediaTek Dimensity 9000+ SoC will debut in the third quarter, the Taiwanese chipmaker said. We can expect the chipset to be a part of some of the flagship Android phones this year.

The MediaTek Dimensity 9000+ SoC carries an ARM Cortex-X2 core operating at up to 3.2GHz clock speed. This is faster over the 3.05GHz Cortex-X2 core available on the Dimensity 9000. The new chip also includes three Cortex-A710 cores and four energy-efficient Cortex-A510 cores. Additionally, there is the ARM Mali-G710 MC10 graphics.

On display front, there is MiraVision 790 with support for the latest 144Hz WQHD+ or 180Hz full-HD+ screens. The chip also includes MediaTek's Intelligent Display Sync 2.0 and latest Wi-Fi Display technology to sync with compatible displays and support up to 4K60 HDR10+ video recording.

MediaTek has additionally offered support for Wi-Fi 6E and Bluetooth v5.3. The Dimensity 9000+ also has support for all the latest GNSS standards.

Overall, the MediaTek Dimensity 9000+ will compete against Qualcomm's Snapdragon 8+ Gen 1 SoC that was launched in May.