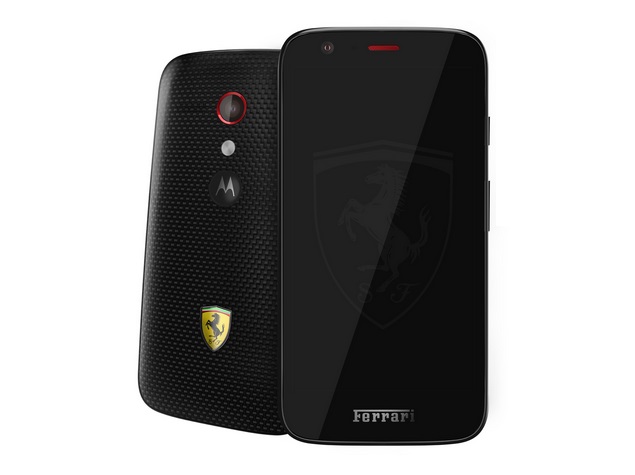 Motorola had a busy Tuesday as the company unveiled its dirt cheap Moto E in the sub-Rs. 10,000 category in India, while at the simultaneous event in London, it also revealed the LTE-capable version of the Moto G.

Motorola announced that the Moto G Ferrari Edition will be available at MXN 4,999 (Rs. 23,000 approximately) without contract and will be hitting market shelves in Mexico starting June.

Motorola on Tuesday launched its dual-SIM budget smartphone Moto E in India carrying a price tag of Rs. 6,999. The phone is available exclusively via online retailer Flipkart, similar to the Moto G and Moto X.

The Motorola Moto E comes with 4.3-inch display with a qHD (540x960 pixel) resolution, and 256ppi pixel density. Motorola is also touting the Corning Gorilla Glass 3 screen of the phone, along with its 'water-nano coating' which provides a measure of water resistance. It is powered by a 1.2GHz dual-core Qualcomm Snapdragon 200 processor along with Adreno 302 GPU alongside 1GB of RAM. The Moto E is a dual-SIM phone that supports Micro-SIM cards and an 'intelligent calling feature.' It runs on Android 4.4 KitKat.