The Motorola smartphone's renders show a honeycomb design on the back. 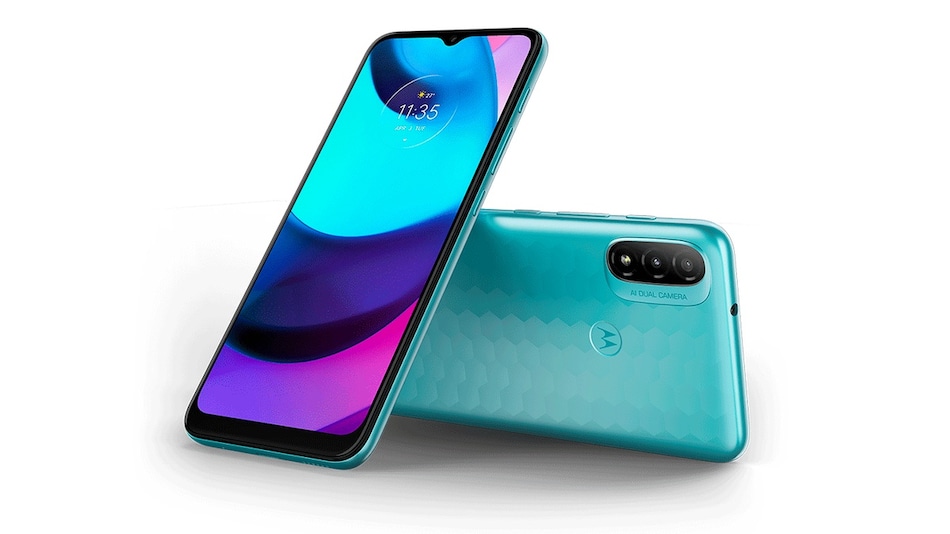 Renders of an unnamed Motorola smartphone have surfaced online. These renders were shared by a tipster through a tweet, but it doesn't mention the moniker of the smartphone. Going by the design of the Motorola smartphone, it can be speculated to be a part of the Moto E series. Motorola is reportedly working on developing a few new smartphones such as Moto E20 and Moto E40. Recently, the design and key specifications of the upcoming Moto G50 5G (codenamed Saipan) were also leaked.

The renders of an upcoming Motorola smartphone were tweeted by notable tipster Evan Blass (@evleaks). However, Blass didn't mention which smartphones the renders were for, and the tweet only says, "Name That Phone." Given the design of the smartphone, it can be speculated to be a part of the Lenovo-owned company's budget-friendly lineup — the Moto E series.

As per the renders shared by Blass, the Motorola smartphone gets a waterdrop-style notch for the selfie camera. The display gets a tall aspect ratio with thick bezels on three sides and a thicker chin. On the right side, the renders show buttons for the voice assistant, volume rockers, and the power button. On the other side, it gets a SIM tray.

The back of the smartphone shows a honeycomb design with a Motorola logo in the middle. However, it is not clear whether the logo doubles up as the fingerprint scanner. The renders show a dual rear camera setup with an LED flash. The rear camera housing is seen at the top left corner of the smartphone's back and it has "AI Dual Camera" etched on the module. The top part of the smartphone gets a 3.5mm headphone jack and at the bottom, it gets a USB port — looks to be a USB Type-C port — and a speaker grille.