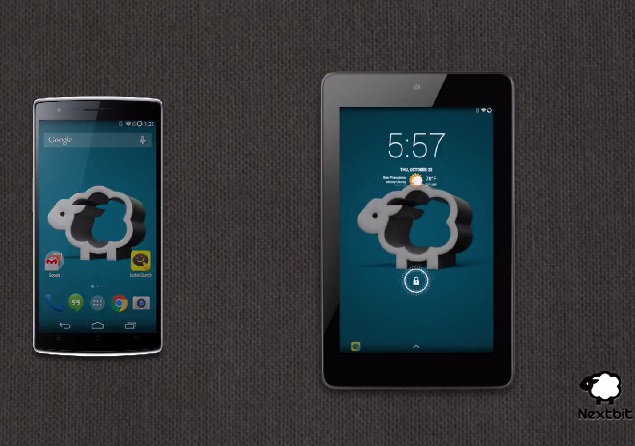 Nextbit, a San Francisco-based startup, has announced Baton, a new framework that can sync app data across multiple devices and create backups. Backed by Google Ventures and Accel Partners, Nextbit has announced that Baton is now available in limited beta exclusively on CyanogenMod.
(Also see: Nine Things You Can Still Do Only on Android)

Baton offers several features to users including Sync, that keeps apps and data in sync across multiple devices; Pass, allows sending any open app in its current state to another device, and Backup and restore, which saves apps and data to the user's Nextbit profile in the cloud. The company touts that the Pass feature of the Baton software saves time and eliminates "the process of manually finding, downloading, and opening apps on different devices."

The feature is notably similar to the Apple Continuity and Handoff features introduced at WWDC, enabling users to carry on or pull tasks from an iOS 8 device to a OS X Yosemite device, or vice versa. Of course, in the case of Apple, the service also includes PCs, apart from just compatible iPad and iPhone devices. The Cupertino-based giant had claimed "the new continuity features in Yosemite make Mac and iOS device perfect companions."

(Also see: How to Enable and Use Continuity, Handoff Features on iPhone, iPad, and Mac)

Nextbit had demonstrated the technology at Recode's Code Mobile event, and the continuity features for Android have caused quite a buzz on the Web. Unfortunately however, Baton can't be downloaded from Google Play, and as it functions at the OS level, needs to be included by the OEM or part of the OS distribution. Engadget notes, "Baton isn't an app that you download from the Play Store. Rather, it's a framework that utilizes the cloud to keep apps and data constantly in sync across multiple Android devices. And since the state of the apps plus the UI's look and feel is backed up daily, Baton also lets you restore to your desired moment."

Nextbit's sign-up page for private beta lists some conditions for users. They should live in the US; must have two of the following devices (Nexus 5, Nexus 7 2012, Nexus 7 2013, and OnePlus One) on which can install Nextbit Baton, and users should be willing to root their devices and flash the latest version of CyanogenMod.

(Also see: How to Make and Answer Calls, Send and Receive SMS From Your iPad, Mac)

Commenting on announcement, Tom Moss, Nextbit CEO said, "Whether I'm reading an article, playing a game, or buying something online, everything comes to a halt if I want to switch devices. Until now, there hasn't been a good way to pick up a tablet at the same place you left off on your smartphone. Our mobile activities shouldn't just be available on a per device basis. That's why Nextbit is building a future that focuses on the experiences, not the device."

Announcing the news, Kirt McMaster, CEO of Cyanogen said on the company's blog post, "Right now, there's no easy way for people to enjoy a consistent experience across all of their devices. Nextbit is working to change that with its first new product, called Baton. This new software is designed to backup and sync the sum total of a person's apps and data, not only making it effortless to switch between devices, but insuring against the devastation of lost data from damaged or stolen devices."

The official blog post also notes, "The future public release of Nextbit will be available on the commercially distributed Cyanogen operating system."

Engadget also reports that the Nextbit team is also looking to provide "limitless" storage to Android device users, aiming to seamlessly move data between local storage and the cloud in a manner that it appears to the user to be in one place.