The new charging technology by Realme is claimed to deliver zero to 50 percent charge in five minutes. 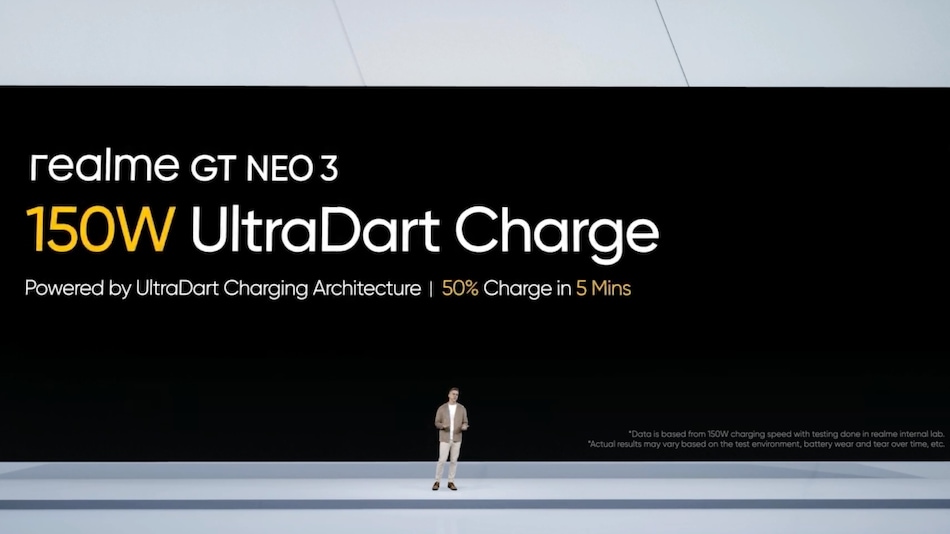 The new UltraDart Charging Architecture is also touted to be the world's first architecture to support 100–200W charging powers for smart devices. It uses multi-boost charging pumps to enhance charging speeds, while the temperature management algorithm works with the hardware to maintain an ideal temperature while charging. The new charging tech also works with the lithium batteries that come with higher levels of charging current to allow faster charging.

Realme showcased a demo during its MWC 2022 announcement to give us a glimpse of the new charging technology. However, exact details on when the Realme GT Neo 3 with the 150W charging support will be available are yet to be announced. The company teased its launch by saying that the phone would be “coming soon” to the market.

In addition to Realme, the rumour mill has suggested that its sibling and BBK Electronics subsidiary OnePlus is planning to bring its 150W charging-supported phones this year.

The move is essentially to take on Xiaomi that brought models including the Xiaomi 11i HyperCharge 5G with 120W fast charging earlier this year.

However, it is currently unclear whether 150W fast charging is allowed by regulators in markets including India at this moment.