Realme Narzo 50 Pro 5G could be powered by a MediaTek Dimensity 920 SoC. 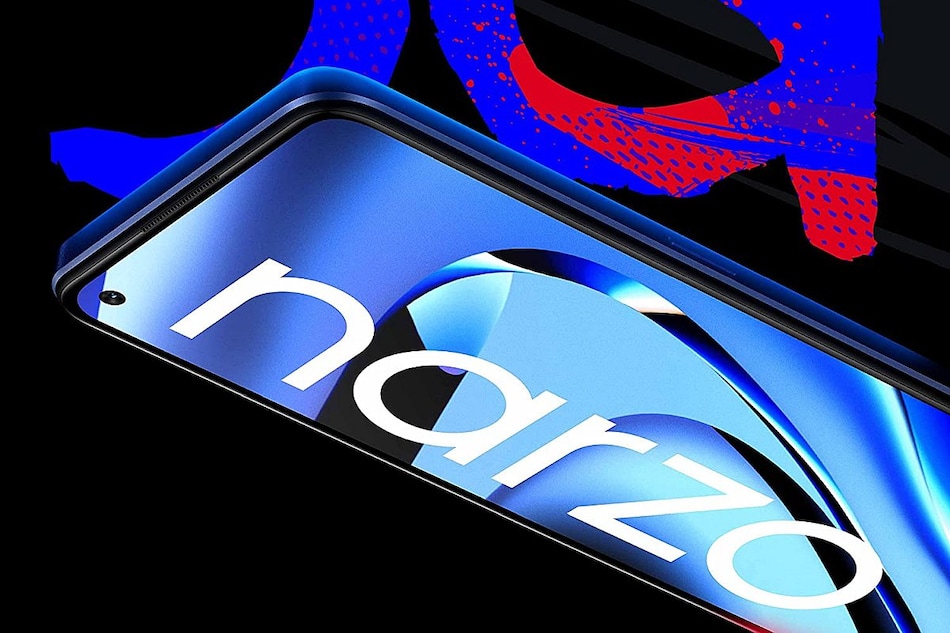 A new microsite for the Realme Narzo 50 Pro 5G on Amazon claims that the smartphone will feature the fastest 5G processor and best cooling technology in the segment. The specifications of the handset have not yet been revealed, but the microsite reveals the front of the Realme Narzo 50 Pro 5G, with a left-aligned hole punch cutout for the selfie camera. Realme recently teased the launch of the Narzo 50 5G series on Twitter.

Meanwhile, tipster Abhishek Yadav spotted the Realme Narzo 50 Pro 5G handset with the model number RMX3396 (tipped to be the Realme Narzo 50 Pro 5G) in a GitHub database of AR Core supported devices. The handset will feature a MediaTek Dimensity 920 SoC paired with 6GB of RAM, according to the database. Gadgets 360 was able to confirm a smartphone with the model number RMX3396 was listed on the database.

According a report by 91Mobiles, the Realme Narzo 50 Pro 5G may run on Realme UI 3.0 based on Android 12 out-of-the-box. The handset could be powered by a MediaTek Dimensity 920 SoC, paired with up to 6GB of RAM. The smartphone is tipped to sport a 6.58-inch AMOLED panel with a 90Hz refresh rate.

For photos and videos, the Realme Narzo 50 Pro 5G could be equipped with a dual camera setup comprised of a 13-megapixel primary camera and a 2-megapixel depth camera. It is also said to sport an 8-megapixel front-facing camera for selfies and video chats. The Realme Narzo 50 Pro 5G is tipped to pack a 4,800mAh battery with support for 33W charging. As previously mentioned, Realme is yet to officially announce the handset's specifications, ahead of its launch in the country.