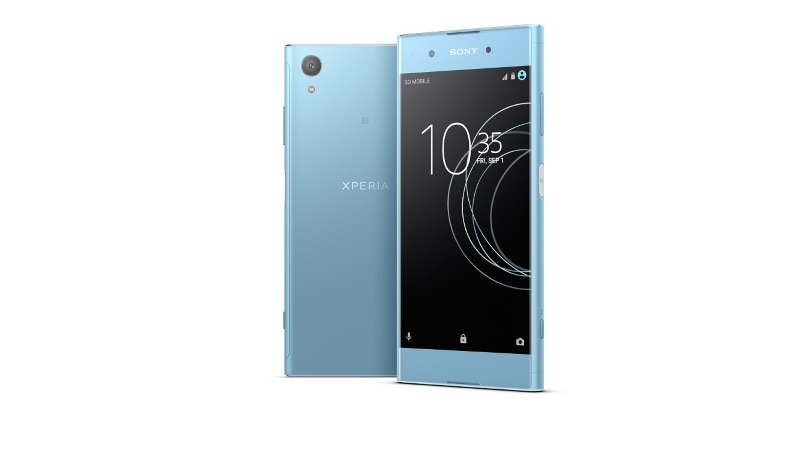 Sony launched its Xperia XA1 Plus smartphone last month at IFA 2017 and on Thursday, the company introduced the new handset for the Indian market as well. The Sony Xperia XA1 Plus price in India is Rs. 24,990 and it will be made available from Friday in the company's offline stores in Black, Blue, and Gold colours.

The highlight feature on the mid-range handset from Sony is its optics as the Xperia XA1 Plus comes with a 23-megapixel rear camera, wide-angle 8-megapixel front-facing camera and the company's own ClearAudio+ sound technology.

Moving on to the other specifications, the dual-SIM Sony Xperia XA1 Plus runs Android 7.0 Nougat out-of-the-box. It packs a 5.5-inch full-HD (1080x1920 pixels) display and is powered by a 64-bit octa-core MediaTek Helio P20 SoC coupled with 4GB of RAM and Mali T-880 MP2 GPU for graphics.

In terms of optics, the rear camera module comes with a 23-megapixel Exmor RS sensor with hybrid autofocus and 24mm wide-angle f/2.0 aperture lens. The smartphone has an 8-megapixel selfie camera with 23mm f/2.0 aperture lens that is capable of taking low-light photographs at an ISO3200. The smartphone has a 32GB of inbuilt storage that can be expanded further via microSD card (up to 256GB).

The Sony Xperia XA1 Plus packs a 3430mAh battery under the hood with Quick Charge 2.0+. "The Sony XA1 Plus is designed to ensure a long lasting performance over the smartphone's lifetime. Stamina Mode extends the battery lifetime just when you really need it, whilst Qnovo Adaptive Charging technology and Battery Care work together to maintain the long-term health of the battery by monitoring its health and adjusting the charging current accordingly to avoid damage and maximise its lifespan" the company said in its release.

The handset measures 155x75x8.7mm and weighs 190 grams. Notably, the new Sony Xperia XA1 Plus smartphone comes with a side-mounted fingerprint sensor that allows users to unlock the smartphone with greater security.

Zomato Data Breach Sixth Biggest Globally in First Half of 2017: Gemalto
Minecraft Cross-Platform Play Update Live on All Platforms Except PS4 and Switch