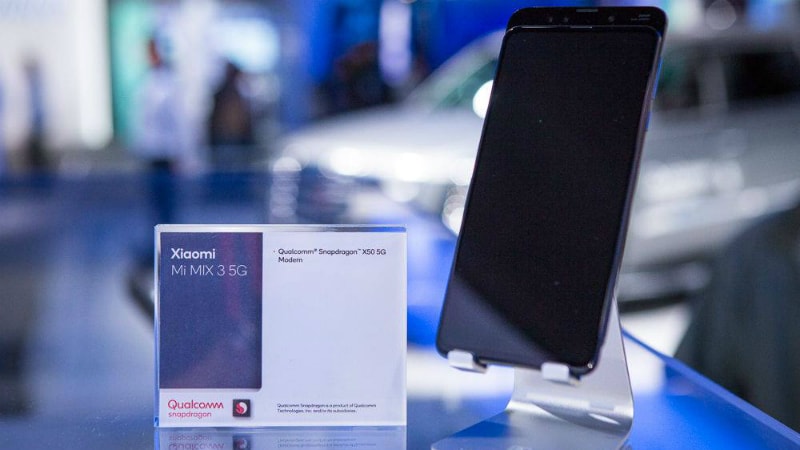 Xiaomi is holding the event in Barcelona, Spain on the sidelines of the MWC 2019

Hours after revealing that is going to unveil the Mi 9 smartphone on February 20 to rain on Samsung's parade, Xiaomi has announced that it will be hosting a press event on the sidelines of the Mobile World Congress 2019 as well. A teaser, shared by the company on social media, notes that the company will be showing off a new product on February 24 in Barcelona, Spain. The teaser doesn't share much else, but there is speculation that the company will talk about its 5G version of Mi Mix 3 smartphone or probably offer details about the international availability of the Mi 9.

Carrying the tagline “We make it happen,” the Xiaomi teaser is lacking any specifics beyond saying there will be a "new product launch". Apart from the rumoured 5G version of Mi Mix 3 or Mi 9 global launch, Xiaomi could also shed some light on its foldable smartphone plans. Earlier, the company president Lin Bin had teased Xiaomi's foldable phone in a video on Chinese social network Weibo.

Xiaomi had first showcased the 5G version of the Mi Mix 3 at last month's CES 2019 tech fair, but it didn't share any release plan or pricing. MWC certainly seems like a good place to reveal this information as Europe is going to probably be the only place outside China to see the launch of Xiaomi's 5G phone. Other major markets for the company, like India, currently don't have 5G networks. Also, the countries with 5G infrastructure, US and South Korea, don't have Mi smartphone presence right now. Xiaomi has been saying for a long time that it will bring its phones to US when the time is right, but that hasn't happened so far.

To remind you, the original Mi Mix 3 with 4G connectivity was introduced in October 2018. The phone comes with a magnetic sliding front camera, a dual rear camera setup, two cameras at the front, and a true bezel-less display.

Will MWC 2019 introduce port-less phones to the world? We discussed this on Orbital, our weekly technology podcast, which you can subscribe to via Apple Podcasts or RSS, download the episode, or just hit the play button below.

Sony Xperia 10, Xperia 10 Plus May Be the New Names for Xperia XA3, Xperia XA3 Ultra Phones