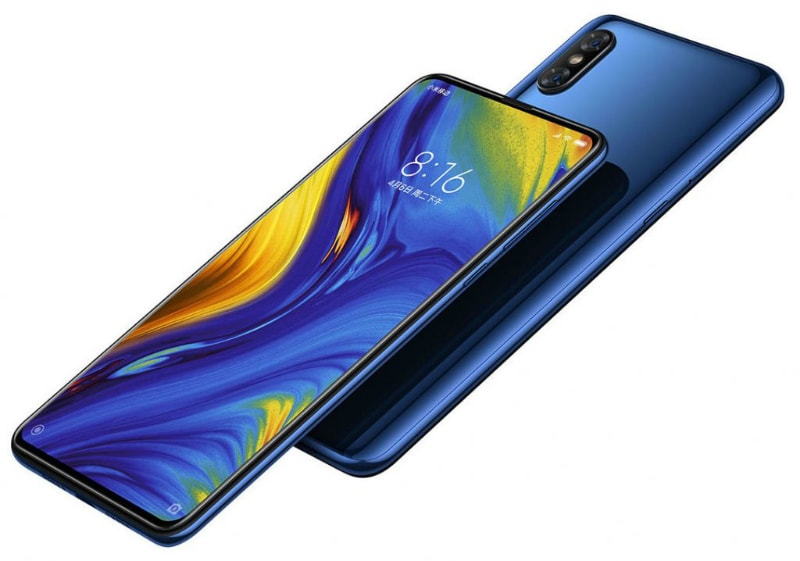 Xiaomi launched the Mi Mix 3 smartphone at its Beijing event on Thursday. The device comes with a magnetic sliding front camera, a dual vertical camera setup, two cameras at the front, and a true bezel-less display. The Mi Mix 3 smartphone sports no display notch, and negligible chin at the bottom either. To incorporate all the sensors, Xiaomi has hidden them behind the display, and they slide out via a manual pop-up magnetic slider mechanism. There is also fast wireless charging, with a 10W wireless charger. Other big features of the Mi Mix 3 include up to 10GB RAM, Snapdragon 845 SoC, and a 24-megapixel front AI-based camera. The company also touts that DxOMark has given it an overall score of 103, with a photo score of 108 and a video score of 93. This places it behind the Huawei P20 Pro and iPhone XS Max in terms of overall score, and at the same level as the HTC U12+ and Samsung Galaxy Note 9. The detailed DxOMark review is also out.

The Xiaomi Mi Mix 3 price starts at CNY 3,299 (roughly Rs. 34,800) for the 6GB RAM + 128GB storage option, CNY 3,599 (roughly Rs. 37,900) for the 8GB RAM + 128GB variant, and CNY 3,999 (roughly RS. 42,100) for the 8GB RAM + 256B storage. There's also a ‘Palace Museum' special edition with a special design and accessories that comes with 10GB RAM + 256GB storage - it is priced at CNY 4,999 (roughly Rs. 52,700), and will go on sale sometime at the end of November. The smartphone will be available in Onyx Black, Jade Green, and Sapphire Blue colour options, with the 6GB and 8GB RAM variants to go on sale in China from November 1. Xiaomi states that a 5G variant will also be made available in Europe next year. Availability and pricing for India and other markets is yet to be announced. Mi Mix 3 pre-orders begin today, and availability is slated for both offline and online stores.

Optics include dual camera setup at the front and back - with two 12-megapixel wide-angle and telephoto lenses at the back. The wide-angle lens features a Sony IMX363 sensor with an f/1.8 aperture and 1.4-micron pixels, as well as dual-pixel tech. The telephoto lens features a Samsung S5K3M3+ sensor with an f/2.4 aperture, and 1-micron pixels. Other features include dual-LED flash, OIS, optical zoom, AI background music, 960fps slow-motion, AI scene detection, AI bokeh, AI studio, and AI scene detection. At the front, there is one 24-megapixel (Sony IMX576 sensor) with 1.8-micron pixels, and a secondary 2-megapixel sensor with selfie light support. The front camera also offers AI features, including beautification and Bokeh effects.

Xiaomi says that the slider, apart from opening up cameras, also acts as a customisable shortcut action for many tasks. You can customise it to take a selfie, open the app drawer, make a call, and more, just by sliding up. It also makes a distinct sound every time you slide, and this sound can be personalised to your preference. It is expected to last for as many as 300,000 cycles. Xiaomi has also managed to reduce the antenna space by 72 percent thanks to a new customised antenna design.

Diwali With Mi Last Day Re. 1 Flash Sale to Offer Mi A2, Mi LED TV 4A Pro
Hotstar: How to Download, Hotstar Premium, Watch on PC, Best Movies and Shows, and More