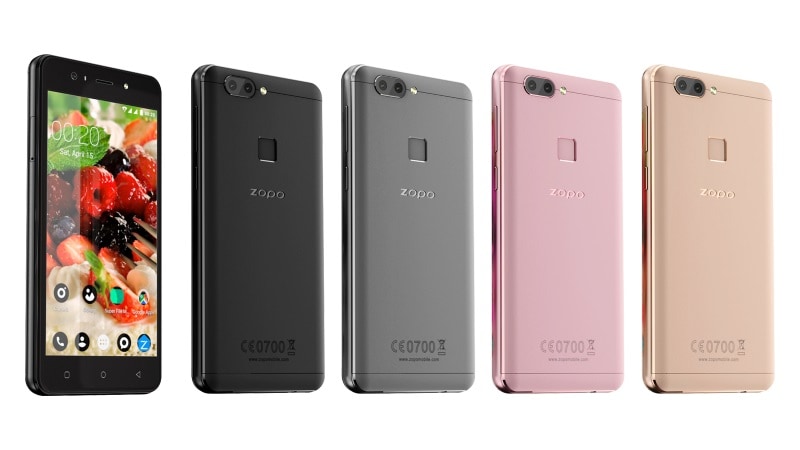 After launching Zopo Color M5 last month in India, the company has now unveiled its Zopo Speed X smartphone in the country. The standout feature of the new smartphone is that the company has now tied up with Ratan Tata-funded AI-based chatbot - Niki - that allows users to perform various tasks with Zopo Speed X. The handset will be made available in Royale Gold, Charcoal Black, Orchid Gold, and Space Grey colours but the release date as well as the pricing has not been announced just as yet.

With Niki chatbot app, Zopo Speed X users will get easy purchase options for more than 20 e-commerce services ranging from travel and entertainment to daily utilities. "They will simply have to chat with Niki to pay bills, book cabs, buses, hotels, movie tickets and a lot more, just within seconds," the company said in its release.

Moving on to the specifications, the dual-SIM (Nano) Zopo Speed X runs Android 7.0 Nougat out-of-the-box and sports a 5-inch full-HD (1080x1920 pixels) IPS display with a pixel density of 441 ppi. The smartphone ispowered by an octa-core MediaTek MT6753 processor coupled with 3GB of DDR3 RAM.

The Zopo Speed X comes with 32GB of built-in storage, which is further expandable via microSD card (up to 128GB). The connectivity options on the smartphone include 4G VoLTE connectivity, Bluetooth 4.0, Wi-Fi 802.11 a/b/g/n, FM, GPS/ A-GPS, and Micro-USB. The Zopo Speed X houses a non-removable 2680mAh battery. It is just 8.1mm thick and weighs 131 grams.

Zopo's new Speed X also features a fingerprint scanner at the back. The sensors on the smartphone include accelerometer, ambient light sensor, gyroscope, magnetometer, and proximity sensor.

Vineet Varshney, CTO, Zopo Mobile, commented on the launch by saying "Our new flagship product, Speed X belongs to our high end Speed series which is aimed to provide affordable smartphones to the Indian smartphone users with top notch technology. We are immensely happy to launch the Speed X along with Niki.ai. With the growth of digital wallets and the consumer's behavior shift from offline purchase to online shopping, we decided to introduce Niki in our Speed X smartphone for all our Indian customers. Niki understands the consumers buying pattern and suggests them with new and better options to look for in almost all the areas."

Game of Thrones Season 7 Trailer: A Forgotten Common Enemy Amidst All the Infighting
eBay to Match Amazon and Other Rivals' Prices in Bid to Attract Shoppers