The astronauts had taken TV cameras with them so that people all around the world could watch the historic event. 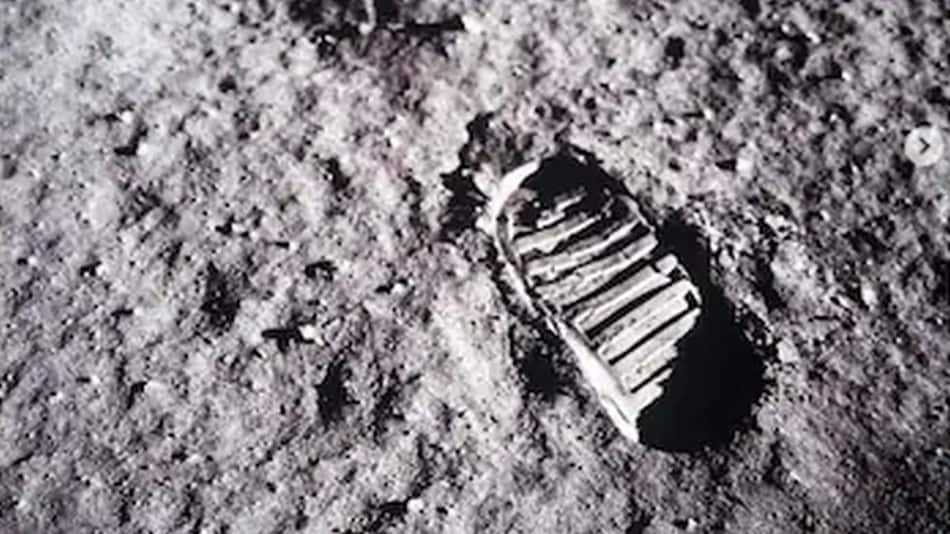 NASA has shared the image that got carved out on the lunar surface and in the history of space exploration when Neil Armstrong put his left foot on the surface of the Moon on July 20, 1969 — the first human footprint there. “What was only one small step 52 years ago, has inspired a lifetime of wonder,” the space agency said in a post on Instagram, alongside one of the most defining images of the last century. Armstrong, Edwin (Buzz) Aldrin, and Michael Collins were on the Apollo 11 Mission.

However, only Armstrong and Aldrin took the Lunar Module, named Eagle, to the Moon and they left Collins in orbit. In the post, NASA added, “On this day, we celebrate the Moon landing and salute the heroes, visionaries, and explorers who not only made the seemingly impossible, possible – but inspired us to return.” The space agency also mentioned its plans “to take the next giant leap”, which is “landing the first woman and first person of colour on the Moon”.

The historic image of Neil Armstrong's left foot has got more than 16 lakh likes within 11 hours of being shared.

The two astronauts walked on the Moon, picked up rocks and dirt to bring back to Earth. Interestingly, the two astronauts had taken TV cameras with them and beamed images from there so that people all around the world could watch the historic event. In an interview in 2001, Armstrong had words of praise for the “hundreds of thousands” of people involved in the project and made it a success.

On July 20, NASA, in a post on Twitter, shared a clip where the Lunar Reconnaissance Orbiter zoomed into the Apollo 11 Landing Site. “Look closely & you can see the astronauts' tracks, still there after all this time!” NASA tweeted.

Apollo 11 astronauts Neil Armstrong & Buzz Aldrin set foot on the Moon #OTD 52 years ago. Our Lunar Reconnaissance Orbiter has imaged the landing site over the past 12 years. Look closely & you can see the astronauts' tracks, still there after all this time! #NationalMoonDay pic.twitter.com/yDj0lHHaPu

A few days ago, Aldrin had tweeted a photograph of the three astronauts from their “last news conference before launching to the Moon”.

With the 52nd anniversary of #Apollo11 coming up, I look back and reflect on our last news conference before launching to the Moon – those are the faces of true wonder and pure excitement! pic.twitter.com/AJ1k2oEWgy

Watch the original mission video as aired in July 1969 depicting the Apollo 11 astronauts conducting several tasks on the surface of the moon here:

Instagram Testing Collab Feature to Let Users Co-Author Content: Here Is How You Can Use It
Battlegrounds Mobile India's 'Get Ready To Jump' Event Gives Players a Chance to Win Official Merchandise