ISRO scientists deployed the Mangalyaan to send radio signals to the Sun during a solar conjunction in 2015. 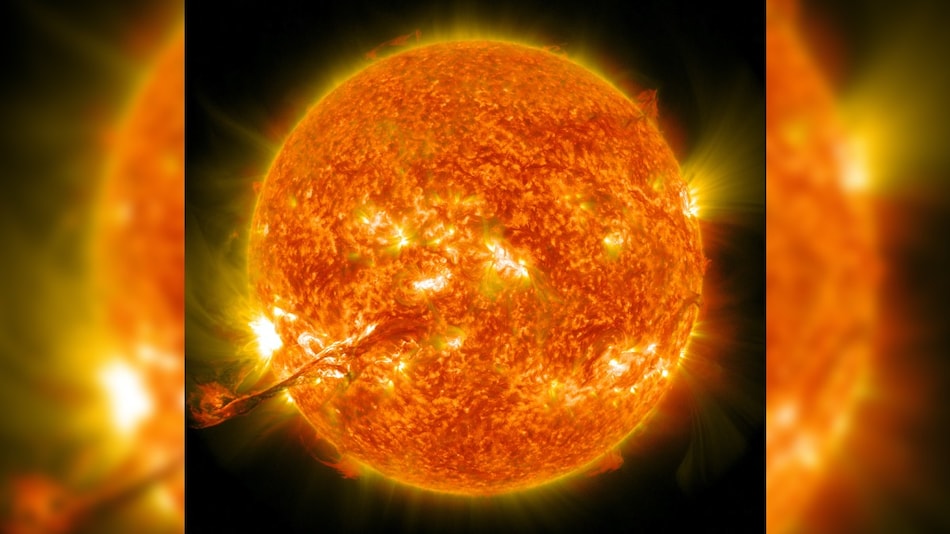 ISRO scientists used a solar conjunction to capture the readings

The Sun is a mysterious place. Its atmosphere gets much hotter the farther one goes from the Sun's blazing surface. In fact, the outermost part of the Sun (corona) burns at a temperature rising to one million degrees Celsius, while just 1,500 kilometres below, the surface simmers at 5,500 degrees Celsius. The biggest challenge in unravelling this mystery is that astronomers are unable to send probes close enough to the Sun to get a clear picture of what's going on there. To overcome this challenge, Indian scientists used the Mars Orbiter Mission, or Mangalyaan, during a celestial event that occurs once every two years. They have also claimed the results are similar to Parker Solar Probe.

ISRO scientists used the Mangalyaan to send radio signals to the Sun during the solar conjunction, when the Earth and Mars are on the opposite sides of the Sun. Since the corona is an ionised medium (full of plasma), it disperses an electromagnetic radio wave passing through it. And the intrinsic turbulence of the corona causes the plasma density to fluctuate. When a radio signal passes through the region, it notices the fluctuations. These radio signals, after being received by ground stations, can allow scientists to analyse the kind of turbulence that takes place inside the corona.

ISRO scientists used the conjunction event of May-June 2015, when the Sun's activity was quite low. They published their findings in the Monthly Notices journal of the Royal Astronomical Society.

Separately, in a statement, they said that studying the corona is vital to understand why the solar atmosphere behaves the way it does. It is also a key factor in understanding solar wind, which originates in the corona.

The solar wind passes through interplanetary spaces and shapes the magnetosphere of planets. They can even affect the near-Earth space.

The scientists said they have observed that the solar wind transitions from slower speeds to higher velocities in a region that's 10 to 15 times the solar radii (1 solar radii = 696,340km) from the Sun's centre. Interestingly, they said, their findings are similar to the observations by NASA's recent and much costlier Parker probe.