Perseverance is utilising its auto-navigation system, and make use of its self-driving capabilities to trek on Mars. 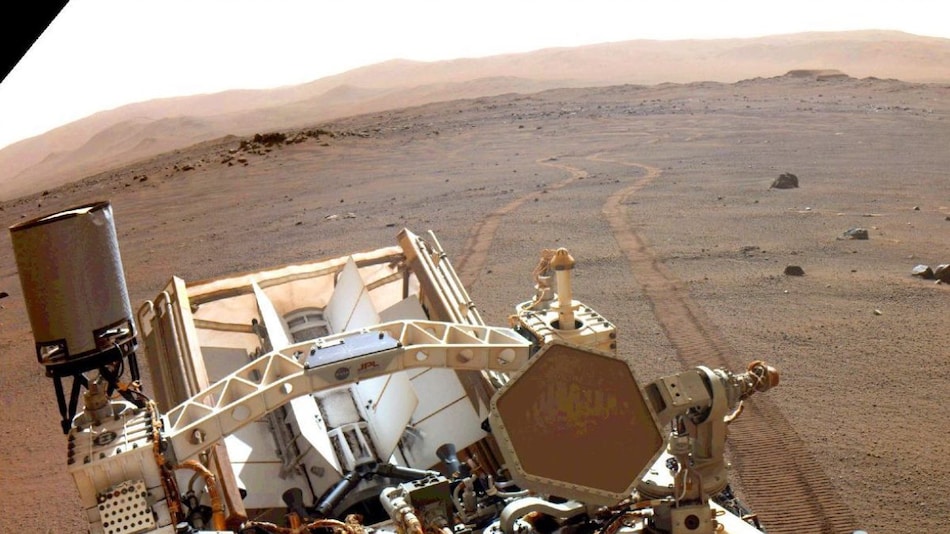 NASA's Perseverance is breaking the record for longest distance covered by a rover on the Red Planet. It is using its self-driving capabilities as it treks across the Jezero Crater, seeking signs of ancient life and gathering samples for planned return to Earth. On an Instagram post, NASA said the rover is “now capable of covering more than 300 yards (274 metres) in a day”, which is “more than any other rover on Mars”. This has been made possible by Perseverance's self-driving capabilities, which is minimising help from humans on Earth.

Perseverance is utilising its auto-navigation system to create 3D maps of the Martian terrain and identify potential risks in its planned course, without the need for extra guidance from controllers on Earth.

NASA shared an image of the rover on Instagram, and mentioned in the caption, “This image, captured on the 381st sol (Martian day) of Perseverance's mission, shows the rover looking back at its wheel tracks in Jezero Crater, believed to be an ancient now-dry lake.”

Astrobiology, which includes looking for traces of ancient microbial life, is an important aspect of Perseverance's mission.

NASA stated that the fact the rover can drive across these more difficult terrains, will help Perseverance complete its missions and set new driving records. The rover is travelling from an area near ‘Octavia E. Butler Landing' — its landing site — to a location where an ancient river flowed into a body of water and deposited sediments (known as a delta).

NASA Jet Propulsion Laboratory even shared a video of the Perseverance rover trekking “across Jezero Crater seeking signs of ancient life and gathering rock and soil samples for planned return to Earth”.

The Jezero Crater is believed to be an ancient now-dry lake. Scientists believe it may hold signs of ancient life on the Red Planet. The samples collected by the rover will help scientists study and understand the terrain, geology, and past climate of Mars. This is needed to prepare for future human exploration of the Red Planet.