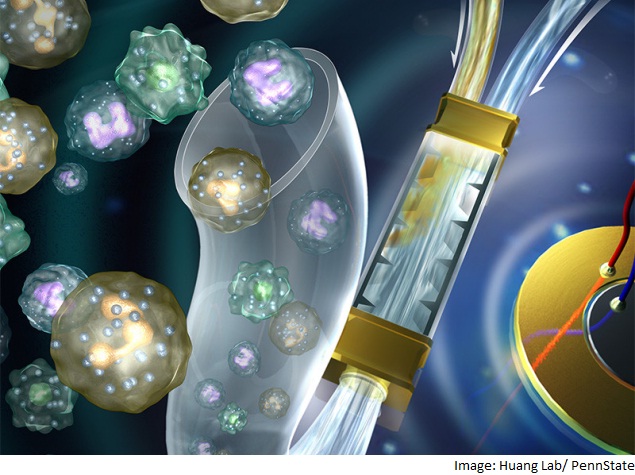 Researchers have developed a low-cost lab-on-a-chip device to analyse sputum from patients with pulmonary diseases such as tuberculosis and asthma.

"To develop more accurate diagnosis and treatment approaches for patients with pulmonary diseases, we have to analyse sample cells directly from the lungs rather than by drawing blood," said one of the inventors Tony Jun Huang, professor at the Pennsylvania State University in the US.

"This (device) will offer quick analysis of samples without having to send them out to a centralised lab," said first author of the study Po-Hsun Huang from the Pennsylvania State University.

"This is the first on-chip sputum liquefier anyone has developed so far," Huang said.

There are several issues with the current standard method for sputum analysis.

The first is that human specimens can be contagious, and sputum analysis requires handling of specimens in several discrete machines.

With this device, all biospecimens are safely contained in a single disposable component.

Another issue is the sample size required for analysis in the current system, which is often larger than a person can easily produce.

A further issue is that current systems are difficult to use and require trained operators.

Further reading: Lab on a Chip, Science, US