Scientists from the University of Chile collected several samples from the Antarctic Peninsula from 2017 to 2019. 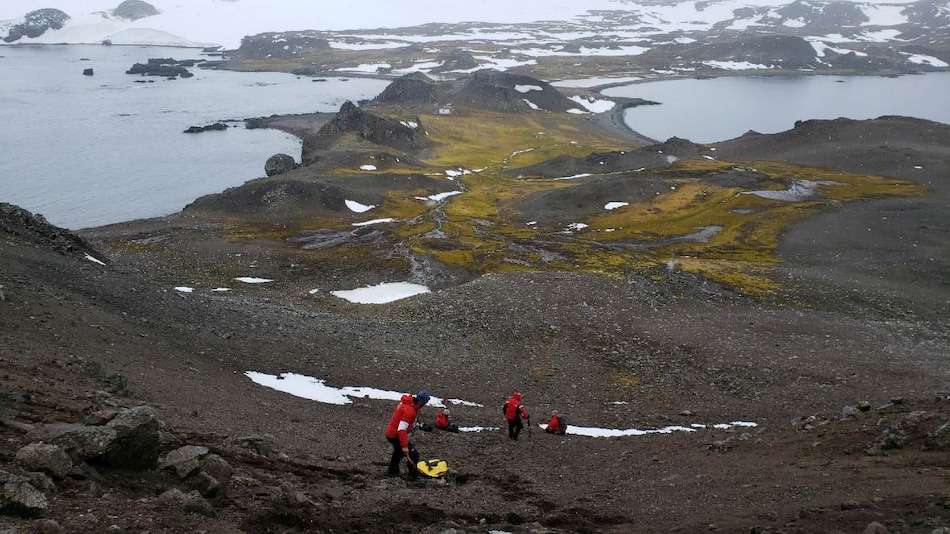 Bacteria in Antarctica have been discovered with genes that give them natural antibiotic and antimicrobial resistance and have the potential to spread out of the polar regions, according to scientists in Chile.

Andres Marcoleta, a researcher from the University of Chile who headed the study in the Science of the Total Environment journal in March, said that these "superpowers" which evolved to resist extreme conditions are contained in mobile DNA fragments that can easily be transferred to other bacteria.

"We know that the soils of the Antarctic Peninsula, one of the polar areas most impacted by melting ice, host a great diversity of bacteria," Marcoleta said. "And that some of them constitute a potential source of ancestral genes that confer resistance to antibiotics."

Scientists from the University of Chile collected several samples from the Antarctic Peninsula from 2017 to 2019.

"It is worth asking whether climate change could have an impact on the occurrence of infectious diseases," Marcoleta said.

"In a possible scenario, these genes could leave this reservoir and promote the emergence and proliferation of infectious diseases."

Researchers found that the Pseudomonas bacteria, one of the predominant bacteria groups in the Antarctic Peninsula, are not pathogenic but can be a source of 'resistance genes', which are not stopped by common disinfectants such as copper, chlorine or quaternary ammonium.

However, the other kind of bacteria they researched, Polaromonas bacteria, does have the "potential to inactivate beta-lactam type antibiotics, which are essential for the treatment of different infections," said Marcoleta.

Broadcom’s VMware Acquisition and Other Deals Under CEO Hock Tan: A Timeline