The research reveals that massive black holes are many times more common in dwarf galaxies than previously thought. 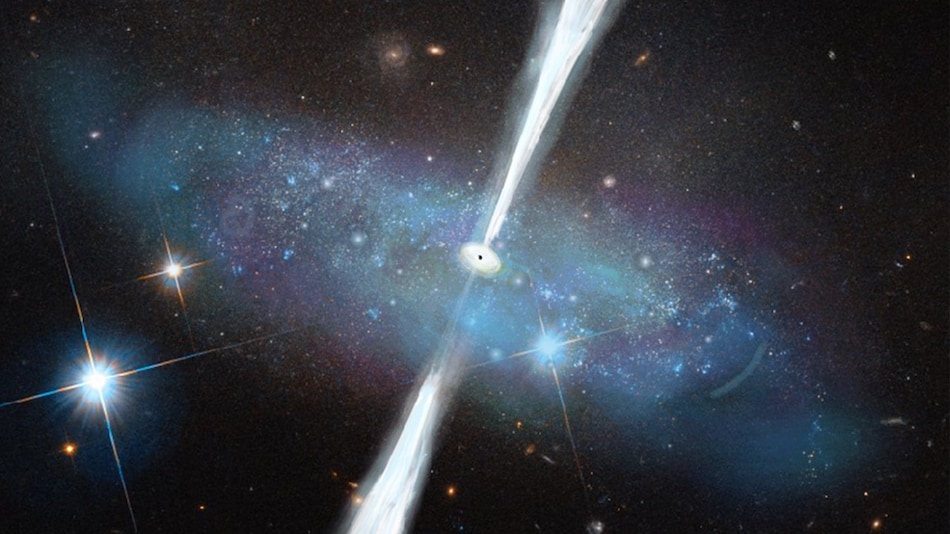 Black holes are thought to reside at the centre of most galaxies, including our Milky Way, holding important clues to the functioning of these giants. A group of researchers has now found a previously overlooked trove of massive black holes in dwarf galaxies. Black holes are usually detected when they actively grow by consuming gas around them, which makes them glow intensely. These black holes, the researchers believe, can offer insights into the journey of the supermassive black hole that sits at the centre of the Milky Way.

The research, conducted by astronomers of the University of North Carolina (UNC)-Chapel Hill Department of Physics & Astronomy, US, is expected to shed light on the origin of our galaxy's supermassive black hole.

As a giant spiral galaxy, the Milky Way is believed to be formed by mergers of several smaller dwarf galaxies. But whether all dwarf galaxies contain a massive black hole is still unknown. This has led to a gap in our understanding of how black holes and galaxies grow together.

“This result really blew my mind because these black holes were previously hiding in plain sight,” Mugdha Polimera, lead author of the study and a UNC-Chapel Hill PhD student, said in a statement.

Comparing black holes to fireflies, UNC-Chapel Hill Professor Sheila Kannappan, who is also the co-author of the study, said that we only see black holes when they're lighting up, just like fireflies, and the lit-up ones offer us an indication to how many we can't see.

The researchers reached their conclusion after conducting an exhaustive search for alternative explanations for these to be not black holes but just young stars.

Kannappan added that the black holes discovered by the researchers were the fundamental components of supermassive black holes like the one in the Milky Way.

Apple Raises Pay of US Employees Amid Tight Labour Market, Surge in Unionisation, to Be Effective From July
Top Gun Maverick Review: Tom Cruise Movie Soars Over Original, With Caveats