Dyson Building Robots That Are Capable of Household Chores 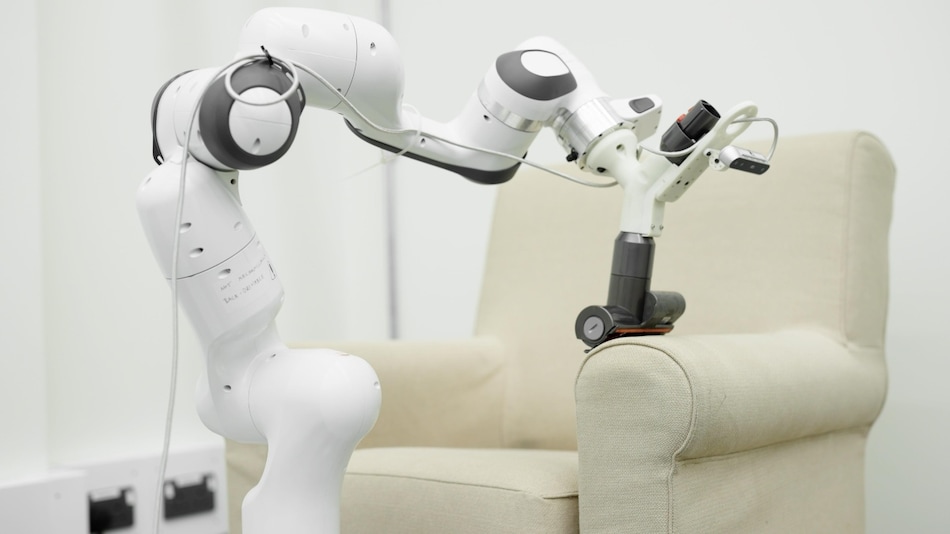 Dyson has built a robotic arm that can map a chair

Dyson, the company that gained popularity for "bagless" vacuum cleaners and "fanless-design" carrying air purifiers, has now shown off a range of prototype robots that it is developing to automate household chores and other tasks. The company said that it is recruiting 250 robotics engineers with expertise in computer vision, machine learning, sensors, and mechatronics and is projected to hire 700 more in the robotics field over the next five years. The plan is to start bringing robots to households by 2030.

At the International Conference on Robotics and Automation (ICRA) in Philadelphia on Wednesday, Dyson announced its plans to develop household robots. The company that moved its headquarters from the UK to Singapore in 2019 has released a video to give us a glimpse of its work.

The over three-minute video shows Jake Dyson, the company's chief engineer and son of its founder James Dyson, detailing the plans to build robots.

The video features a robotic arm that is able to map a chair in three dimensions as well as a robot interpreting the environment using sensors, cameras, and thermal imaging.

Dyson is aiming to hire 700 people in the robotics field over the next five years to bolster its plans to develop household robots. Over the past six months, the company said that it had been "secretly refitting" one of the main aircraft hangars at Hullavington Airfield to make it available for 250 robotics engineers. It has also committed to invest GBP 2.75 billion (roughly Rs. 26,700 crore) to expand its work on robots and build new technologies, products, and facilities. Of the total planned investment, GBP 600 million (roughly Rs. 5,800 crore) is projected to be spent this year itself.

Research and development of robotics will take place at a dedicated lab in London as well as at the company's headquarters in Singapore, the chief engineer says.

Dyson as a company has expressed its interest in developing newer technologies including robotics for some time. The company, in fact, introduced its first robotic floor vacuum cleaner back in 2014. However, this is the first time when Dyson is showing a clear interest in building robots — over household appliances including vacuum cleaners and air purifiers.

Although Dyson has been able to gain attention for its uniquely-designed products, the company faced hardships in the recent past.

In 2020, Dyson had laid off 900 people, including 600 in the UK alone, due to the coronavirus impact. In the same year, the company also cancelled plans to build an electric car that was in development at its design centre where it is now refitting the aircraft hangar for roboticists.