Dyson Zone will be available in global markets in Autumn 2022. 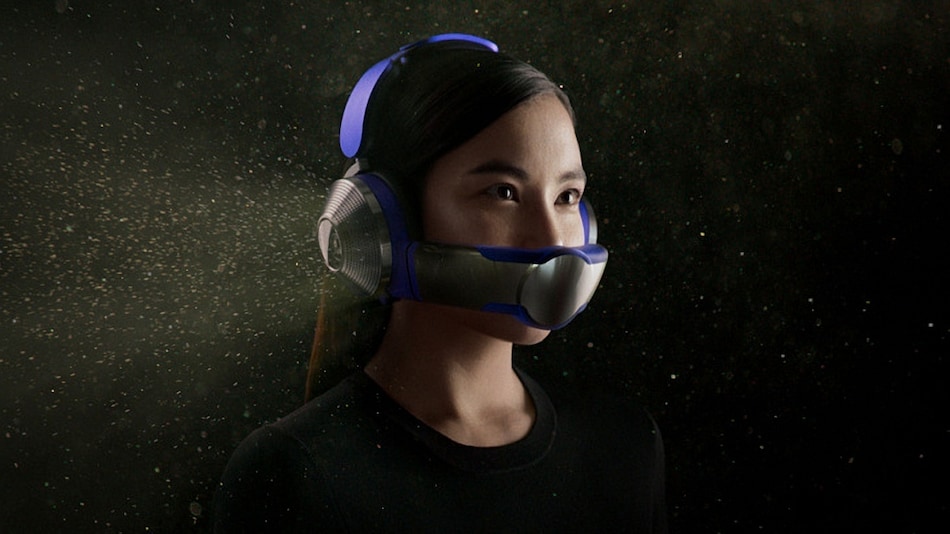 Dyson Zone air-purifying headphones were unveiled by the company on Wednesday. The new Dyson Zone marks the company's first foray into the wearable segment, and provides purified airflow to the wearer's nose and mouth, along with an integrated pair of over ear earphones that offer a neutral frequency response, low distortion, and support for noise cancellation. The air-purifying headphones feature high performance filters with miniaturised air pumps and were created after six years of research and development, according to the company.

The Dyson Zone price is yet to be revealed by the company. The company revealed that the air-purfying headphones will be available globally from Autumn 2022 and timings will vary based on geographical regions. Additional details on availability will be revealed in the coming months, according to Dyson.

The newly announced Dyson Zone features two motors located in the earcups that deliver two streams of purified air to the nose and mouth. It offers four air purification modes — low, medium, high, and auto — designed for different levels of exertion, according to the company. The Dyson Zone features inbuilt accelerometers to automatically toggle between high, medium and low purification modes when required, according to the company.

The Dyson Zone's air-purification mechanism relies on electrostatic filtration and is claimed to capture 99 percent of particle pollution down to 0.1 microns, including dust, pollen, and bacteria. It is also designed to filter out city gases including nitrogen dioxide, sulphur dioxide, and ozone, according to Dyson. The newly announced Dyson Zone will connect with the company's application to monitor filtration and control different settings, according to the company.

Equipped with neodymium drivers, the Dyson Zone the over-ear headphones offer a neutral sound signature, according to the company. The headphones feature three active noise cancellation (ANC) modes — Isolation, Conversation, and Transparency. The Isolation mode is the highest level of ANC, while conversation mode will amplify nearby conversations and turn off purification when the visor is lowered. Transparency mode will allow users to amplify sounds around them, allowing them to be aware of their surroundings.

According to Dyson, the new air-purifying headphones can be used in four different modes. In combined air purification, audio playback and ANC mode, the visor remains attached to the headphones, while users can optionally remove the visor for audio-only mode. Users who live in regions where FFP2-compliant face coverings are mandatory due to the ongoing coronavirus pandemic can also use a face covering attachment that meets the required filtration standards included in the box with the Dyson Zone, according to the company.