Mykhailo Fedorov's feed has become a list of firms willing to oppose Moscow or come to Ukraine's aid. 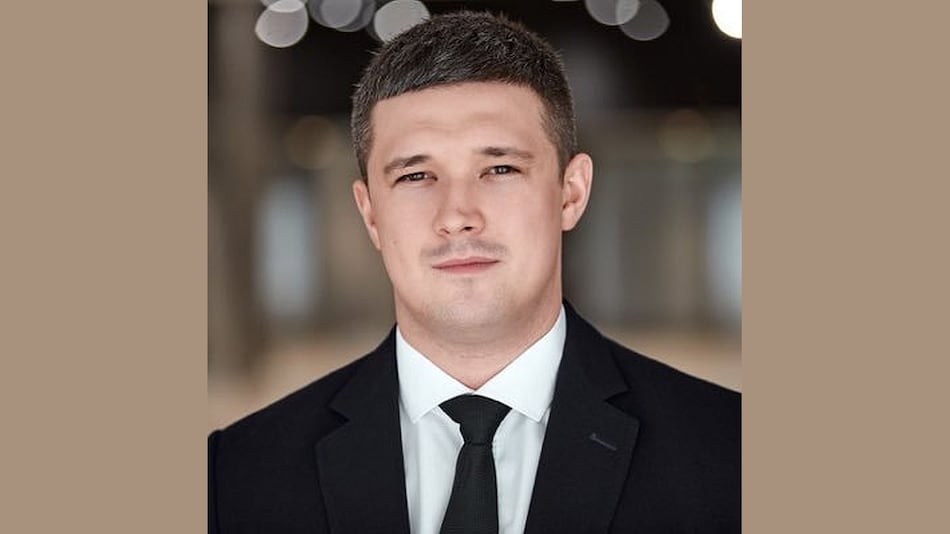 Ukraine's vice prime minister has been calling out big tech companies by name on Twitter to push them to penalise Russia over its invasion — and it's having an impact.

Marshalling his government's social media savvy and a deep international well of sympathy, Mykhailo Fedorov's feed has become a list of firms willing to oppose Moscow or come to Ukraine's aid.

"We need your support — in 2022 modern technology is perhaps the best answer to tanks, multiple rocket launchers and missiles," he wrote in a letter he tweeted out Friday to Apple chief Tim Cook.

I've contacted @tim_cook, Apple's CEO, to block the Apple Store for citizens of the Russian Federation, and to support the package of US government sanctions! If you agree to have the president-killer, then you will have to be satisfied with the only available site Russia 24. pic.twitter.com/b5dm78g2vS

By Tuesday the iPhone maker had announced sales were halted in Russia, and Apple Pay services were limited.

The 31-year-old minister had also paid Cook a visit in the United States last year with the two discussing topics from training opportunities to Apple stores in Ukraine.

Fedorov's callouts only gathered pace after his tweet seeking Cook's support, with subsequent ones noting Ukraine's government had asked Google, Netflix, YouTube, and Facebook to cut off Russia.

We intend to help Russians and the world to know the truth. I've contacted @YouTube to block the propagandist Russian channels — such as Russia 24, TASS, RIA Novosti. If they are afraid of speaking the truth, so we should stop this flow of poisonous lies.

Mark Zuckerberg, while you create Metaverse — Russia ruins real life in Ukraine! We ask you to ban access to @facebookapp and @instagram from Russia — as long as tanks and missiles attack our kindergartens and hospitals! @Meta.

We've also asked @Netflix for the support. We appealed to them to block the Russian Federation's access to Netflix and shut off Russian content. We believe you do care. Let's stop this disgraceful bloody war!

While those companies have not severed ties completely, all have announced actions ranging from restrictions on the spread of Russian state-owned media to resisting Kremlin requirements.

"You hold them accountable this way," Larissa Doroshenko, a postdoctoral researcher at Boston's Northeastern University said of the impact of calling out companies on Twitter.

"It's a very savvy, very strategic way of social media because you can do it behind closed doors or... you can make it public," she added.

Fedorov, who is responsible for Ukraine's digital matters, is part of a government that has built social media into its communication strategy from the start.

Doroshenko said Ukrainian President Volodymyr Zelensky's campaign engaged with people on social media during the 2019 election, and his government has kept doing so once in power.

‘Gratitude from people of Ukraine'

Since Russia's invasion last week, the 44-year-old president has used his eye for modern image management and the skills honed as an actor to deliver stirring messages on social media.

"It has been adapted to these war times," Doroshenko added.

Moscow's invasion of Ukraine is one of the most dangerous global moments in decades, with spiking tensions as the West imposes unprecedented economic sanctions on Russia.

At the same time, support has poured in for embattled Ukraine and has ranged from kind words to flows of money, supplies and weapons.

"There are literally millions of people on the internet wanting to try and do something," said Omar Wasow, an assistant professor of politics at Pomona College in California.

"So if he (Fedorov) does this callout of a particular company, and then thousands of people like and retweet what he's doing that's going to get the attention of those companies' social media managers and ultimately CEOs," he added.

Fedorov's tweet with the appeal letter to Cook has gotten over 10,600 likes and retweets combined to date.

The tweet to Tesla boss Elon Musk asking for Starlink satellite internet service got over 200,000 likes and retweets.

"While you try to colonize Mars — Russia try to occupy Ukraine!" the message began, with another more than 588,000 likes and retweets on Fedorov's tweet showing the Starlink terminals had arrived.

"In Ukraine, being the image of a younger democracy, we see social media used very similarly by regular people and by people in power," Doroshenko added.

Fedorov has kept up his stream of callouts, urging video game developers like Riot Games to close any Russia operations. The company did not immediately reply to a request for comment.

"Oracle Corporation has already suspended all operations in the Russian Federation", the company replied, drawing this message from Fedorov: "With gratitude from all the free people of Ukraine!"