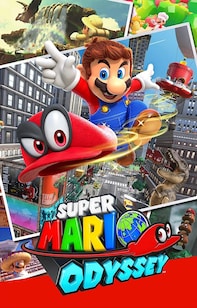 When Nintendo announced the Switch, all eyes were on the Mario game unveiled during the keynote. The Legend of Zelda: Breath of the Wild was an excellent launch title, one that gave the Nintendo Switch a big early boost, but Mario is Nintendo's biggest IP and everyone wanted to see what Nintendo will do with it. We got Mario Kart 8 Deluxe, a remastered version of the best racing game of the Wii U era, followed by Super Mario Odyssey. The latter is Nintendo's big bet for the holiday season — a game that could (hopefully) drive Nintendo to ramp up production of the Switch.