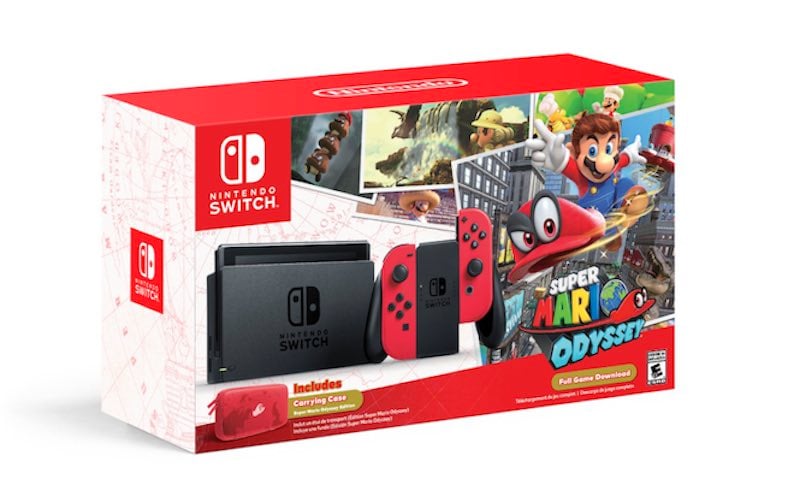 Super Mario Odyssey for the Nintendo Switch capped a host of surprising announcements from Nintendo during its Nintendo Direct video presentation.

The company revealed a Super Mario Odyssey Nintendo Switch bundle that includes a pair of red Joy-Con that matches Mario's cap, a limited edition carry case, and of course a digital copy of the game. This Super Mario Odyssey Nintendo Switch bundle is out on October 27. No price for this variant has been revealed yet but could go for around $349 (around Rs. 22,500).

In addition to this, a new world for the game - Shiveria was revealed, featuring as the name suggests, icy locales with frost galore. It joins the previously announced New Donk City, Steam Gardens, and Bubblaine.

Nintendo also made it a point to note that the game's progression is dependent on the number of power moons Mario collects. These act as fuel for the titular Odyssey, his cap-shaped ship that takes him on his adventure and can be collected by squaring off against bosses, solving puzzles, or simply exploring surrounding areas. The game also features a robust photo mode (or snapshot mode as Nintendo is calling it), allowing you to take pictures of your exploits, add filters, and even flip them vertically to use as a wallpaper for your phone.

Super Mario Odyssey is out on October 27 - the same day as Assassin's Creed: Origins and Wolfenstein 2: The New Colossus. And while the latter two are looking better with each showing, we can't help but feel that Super Mario Odyssey may end up hogging the limelight when it hits.

We discuss what you can expect from this Nintendo Direct on Transition - Gadgets 360's gaming podcast. You can subscribe to Transition via Apple Podcasts or RSS or just listen to this episode by hitting the play button below.