Ola Electric has not yet provided a comment on the reverse mode issues. 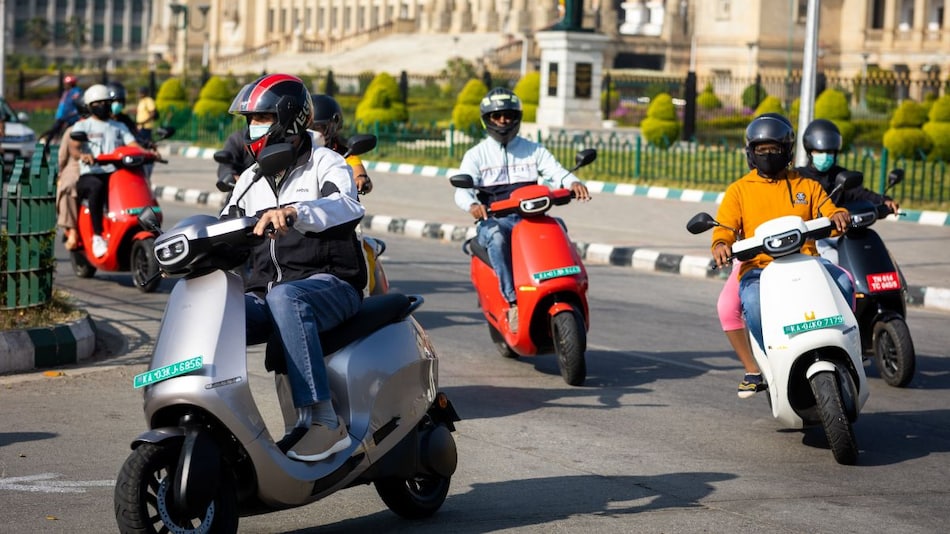 An Ola S1 Pro model automatically turned on its reverse mode when it was pulled back in the middle of a road, a user complained on Twitter. The new incident surfaced just days after a video suggesting that the electric scooter was affected by a reverse mode accelerator glitch for some users appeared online. It showed an Ola S1 Pro abruptly switched to the reverse mode and picked up an abnormally fast speed while lying on its side. The electric scooter is also currently under an investigation for catching fire in an incident in Pune that was recorded live in a video, which appeared on the Web late last month.

In the latest incident, a Twitter user from Bengaluru who goes by username @Themangofellow reported that his week-old Ola S1 Pro switched on the reverse mode when he was pulling it back on a road due to a car parked in the middle. The user said that when he accelerated, the scooter automatically went in the reverse direction.

Due to the sudden change in the mode and accelerated speed while going back, the scooter was not able to maintain its balance. The user said that he received a few scratches on his body as well as on the scooter itself as a result of the unexpected move. He, though, said that he managed to escape without any serious injuries.

The affected tried reaching out to the Ola Electric roadside assistance following the incident to send his scooter for repair. However, he did not receive any such assistance despite waiting for 48 hours. The user then called back the service, but the scooter was taken after two days of his call, the details available on the Twitter thread shows.

He later posted an update on Twitter saying that an Ola regional service head called him to acknowledge the issue and confirm its fix.

It is currently unclear whether the problem was limited to a particular Ola S1 Pro unit.

Gadgets 360 has reached out to Ola Electric for a comment on the matter. This report will be updated when the company responds.

The reverse mode on the Ola S1 Pro — similar to other electric scooters — is marketed to help users easily park the vehicle in a narrow space or pull it when stuck in a pothole. However, it appears that the mode on the Ola scooter is not working fine for some users as it was previously seen reaching at a speed that appeared much faster than one could expect for reversing a two-wheeler. The company has not yet comment on the issue.

However, it is not clear whether Ola Electric has such a limit in place in the case of the S1 Pro scooter.