The self-driving bus will be capable of carrying up to 36 passengers. 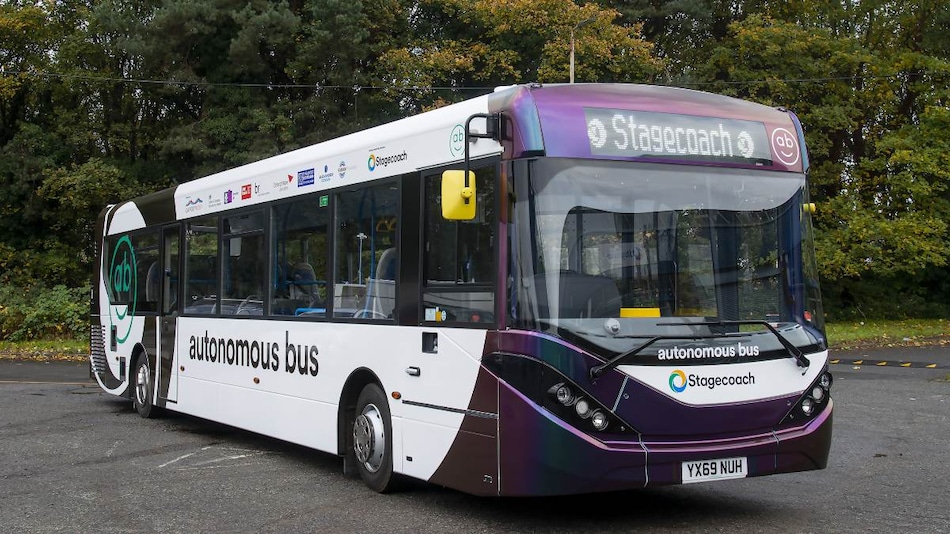 The UK's first self-driving bus began its road trials in Scotland on Monday, with plans for transporting passengers within months. The buses are fitted with sensors which enable them to run on pre-selected roads without the safety driver having to intervene or take control, according to Scottish media reports.

When operational to passengers, the buses will provide a service capable of carrying up to 36 passengers, 14 miles (22 kms) across the bridge, with a capacity of 10,000 passengers a week.

The autonomous bus service under Project CAVForth, backed by the Scottish government, will operate on the road network from the Ferrytoll Park and Ride facility in Fife, across the Forth Road Bridge Public Transport Corridor, to Edinburgh Park.

Travelling mostly on motorways controlled by Transport Scotland, the single deck autonomous buses, as part of the pilot project, will be required to safely interact with other traffic in a live road environment, negotiating junctions and bus stops.

“This is a major step forward in our journey to fully launch the UK's first full-sized autonomous bus service and will provide easy access to a brand-new bus route in the heart of Scotland,” said Sam Greet, regional director of Stagecoach.

The CAVForth project was initially scheduled to begin in 2019 but was delayed due to the impact of the COVID-19 pandemic on supply chains.

Stagecoach is partnering with Fusion Processing, manufacturer Alexander Dennis and Transport Scotland for the project, and the scheme has won the financial support of the UK government's Centre for Connected and Autonomous Vehicles.

Jim Hutchinson, chief executive of Fusion Processing, said he was “delighted to be leading the world's most complex and ambitious autonomous vehicle programme”.

“CAVForth will provide a useful service to local people as well as being a great demonstration of Fusion's automated vehicle technology,” he said.

The buses have six levels of driving automation, with zero to two meaning a driver must constantly supervise and is always driving, while levels three to five allow the vehicle to drive itself.