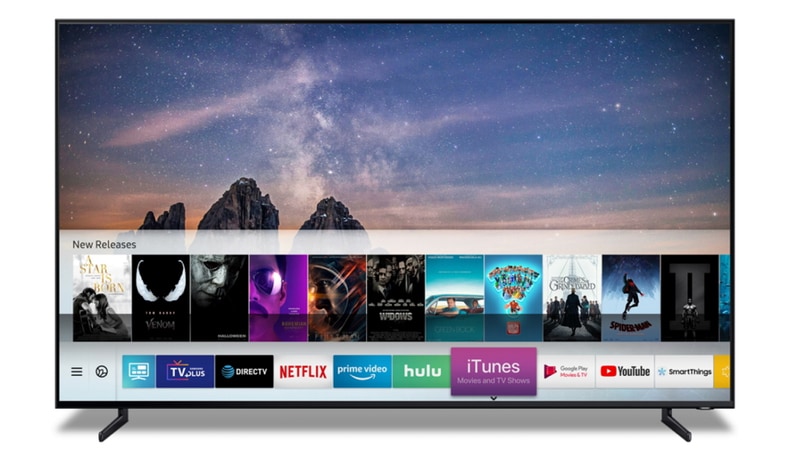 Apple is working with 'leading TV manufacturers' to bring AirPlay 2 integration to select smart TVs. The Cupertino-based company has updated its AirPlay page, providing some details on what we can expect in the near future. This could be similar to the way AirPlay 2 was integrated with third-party speakers. Earlier, Samsung had announced its new smart TVs will integrate iTunes content and AirPlay 2.

According to the updated AirPlay page on Apple's website, leading TV manufacturers will integrate AirPlay 2 directly in their TVs. This will enable users to share or mirror content from their iOS devices or a Mac directly to the smart TV. Users can also play music on the TV and sync it across AirPlay 2-compatible speakers.

Users can also ask Siri to play certain content on their smart TV. The AirPlay 2 integration with TVs is expected to work similar to the way speakers are integrated, with HomeKit support. It's still unclear whether TV manufacturers other than Samsung will get access to iTunes content.

The AirPlay page claims these new AirPlay 2 features are 'coming soon'. However, Samsung's announcement just ahead of CES mentioned that its new smart TVs with AirPlay 2 and iTunes content integration will arrive in spring this year.

With AirPlay 2 integration, smart TVs will become a HomeKit accessory and can be controlled via the Home app on iOS. Users will be able to access and control multiple TVs around their home, provided all of them support AirPlay 2.

This will also enable users to mirror videos from an iPhone, iPad, or a Mac without using an Apple TV.

ISS Astronauts May Grow Beans in Space in 2021: Study
Nintendo President Doesn’t Rule Out a Future Where the Company Doesn’t Make Home Consoles