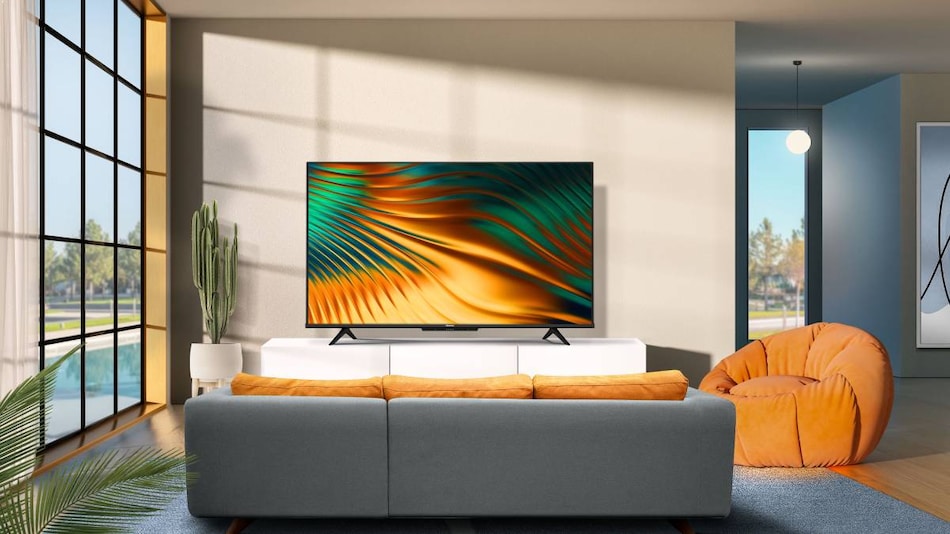 Hisense A6H Series 4K Google TV was unveiled in India on Thursday. The TV has been launched with the availability of four size options — 43-inch, 50-inch, 55-inch and 75-inch. It comes with a unique feature Remote Finder, which will help users to locate their TV remote when it is misplaced. The company also claims this feature makes Hisense A6H Series 4K Google TV the first of its kind TV in India. It also comes with the Far Field Voice Control feature, which operates the TV with the voice command without any remote.

The Hisense A6H series TV has been priced at Rs. 29,990. The TV will go on sale via Amazon on Amazon Prime Day 2022 starting July 23. Hisense is also offering three years of warranty with the A6H Series TV for a limited period of time.

The Hisense A6H series TV features four size options — 43-inch, 50-inch, 55-inch and 75-inch. The TV comes with floating glass display with 4k resolution and bezel-less design. It features Google TV, which curates content based on the users' preference. One can also get the convenience to add all their favourite content under one watchlist from their mobile phone. The TV also houses inbuilt Chromecast, Apple AirPlay and Apple Home Kit. The Hisense A6H series also comes with the Far Field Voice Control feature, which operates the TV with the voice command without the remote.

Moreover, the Hisense A6H Series 4K Google TV has a unique Remote Finder feature, which will help users to locate their TV remote when it is misplaced.

Hisense has also featured advanced gaming features in the newly unveiled TV. These include Auto Low Latency Mode (ALLM), which reduces latency to give users the advantage of instantaneous response, and the Variable Refresh Rate (VRR), which prevents the screen tearing effect of the displayed picture.