Streaming content from your iPhone to your LG TV just got easier. 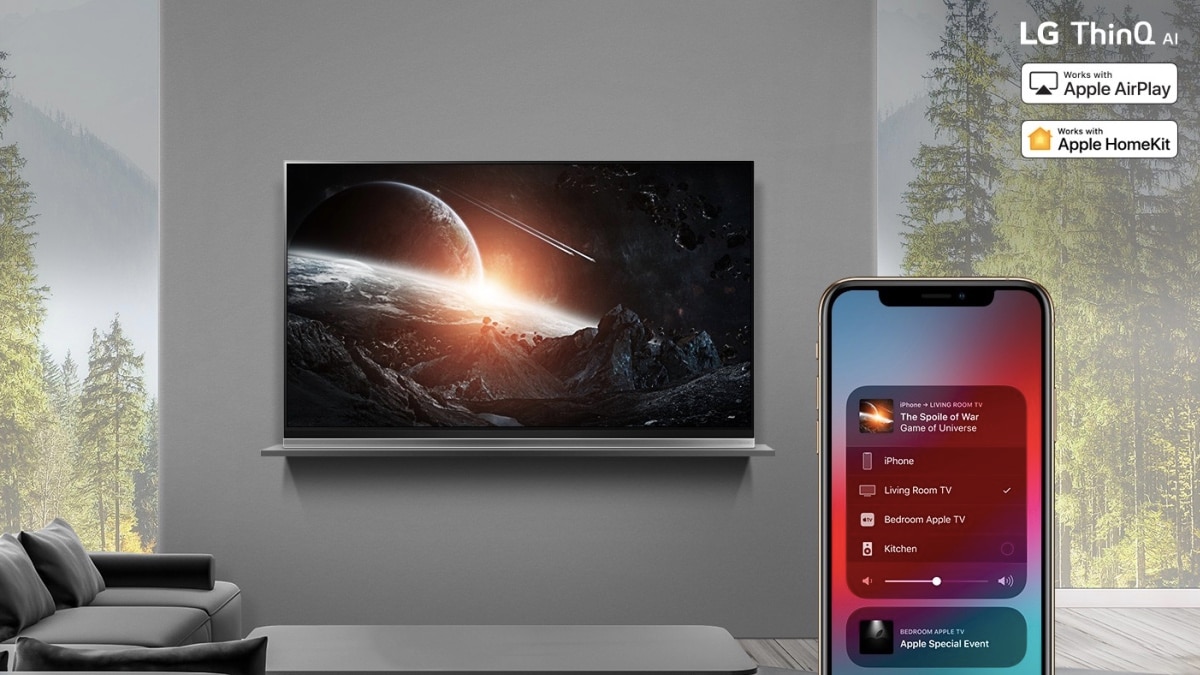 While a lot of TVs - budget and premium alike - support Google Cast for screen casting from Android smartphones or through the Google Chrome browser, support for Apple's AirPlay protocol isn't quite as widespread in the segment. However, it will get a big boost with LG, which has announced that it is rolling out support for AirPlay 2 and Apple HomeKit for its 2019 range of smart TVs, including the company's OLED TVs, NanoCell TVs, and Ultra-HD TVs with ThinQ AI capabilities.

The new functionality will roll out through a firmware update for compatible TVs globally starting July 25, bringing support for AirPlay 2 and Apple Homekit. The South Korean company had promised that it would be bringing these features to its 2019 TV range back at CES 2019, and has duly delivered on its promise. If you own a 2019 LG TV, you will receive the firmware update in the weeks to follow, and it may take some time to reach your TV.

Apple announced AirPlay 2 last year, which is an improved standard for screen and content casting from iOS and Mac devices, and is the successor to AirPlay. LG's latest update means that users of iOS and Mac devices will be able to stream content from their device screens effortlessly onto the TV.

This includes TV shows and movies from the Apple TV app in up to 4K resolution with support for Dolby Vision where applicable, as well as Apple Podcasts and Apple Music streaming on the TV and other AirPlay 2-compatible speakers in sync.

LG is also bringing support for Apple HomeKit through the update, and claims to be the first global TV manufacturer to support the Cupertino-based company's smart home protocol on its TVs. This will make it possible to control the TV via the Home app or through Siri on Apple devices.