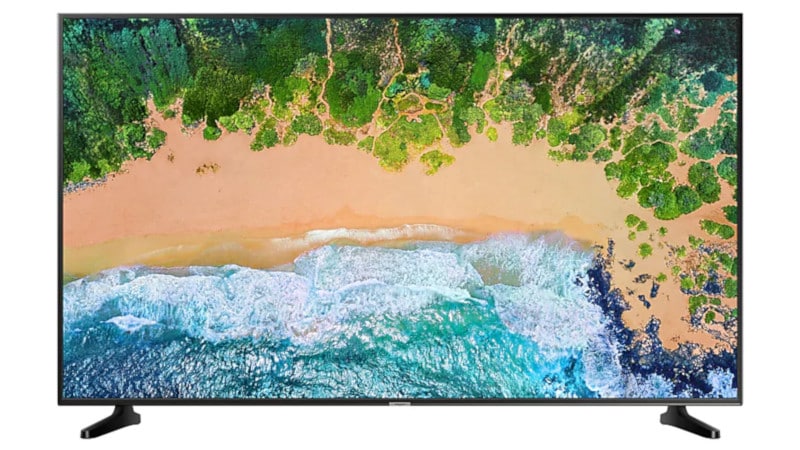 Samsung has introduced three new 4K UHD smart televisions in India. Part of the company's Super 6 Series, the new TVs are online exclusive and will only be offered by Samsung Online Shop, Flipkart, and Amazon in the country. According to the South Korean manufacturer, the Super 6 Series 4K televisions will be sold in 43-inch, 50-inch, and 55-inch screen sizes. Samsung's Super 6 Series gets its name from the six smart features that are included in all the TVs part of this lineup - Live Cast, Tune Station, Screen Mirroring, Lag Free Gaming, Real 4K resolution, and 60K+ Titles. With the new televisions, Samsung seems to be taking aim at Xiaomi, which has found success with its aggressively priced HD, full-HD and 4K Smart TVs in India.

According to Samsung, the 43-inch Super 6 TV will retail at Rs. 41,990, whereas the 50-inch model has been priced at Rs. 51,990, and the 55-inch model will retail at Rs. 61,990. All three Samsung UHD televisions are now available via Samsung Online Shop and Flipkart with a discount of Rs. 2,000 on the aforementioned prices. Amazon is expected to start selling the TVs over the next few days.

The company notes that for a limited launch period of March 12 to 14, the Samsung Super 6 UHD TV buyers will get a number of offers, including free 1-year insurance from IFFCO-TOKIO, MobiKwik cashback up to Rs. 3,000, and up to Rs. 1,500 cashback on Google Pay when they purchase the TVs from Samsung Online Shop.

In comparison, the Xiaomi's Mi TV models with HD or full-HD screens start at Rs. 12,499 for the 32-inch model, whereas the company's 4K models start at Rs. 39,990. Although Xiaomi's most affordable 4K model has a much larger screen at 55-inch, Samsung has a much more recognisable brand for televisions.