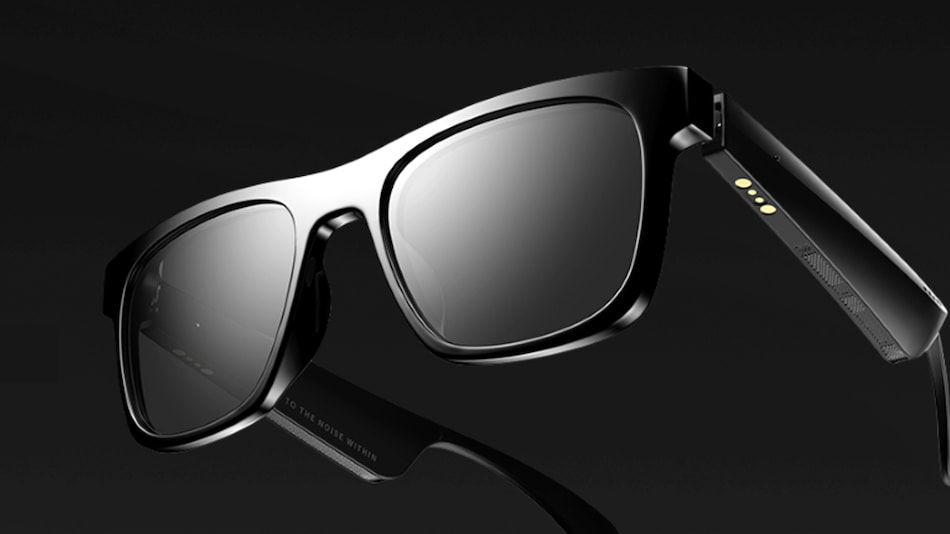 Noise launched its first set of smart glasses in India on Tuesday. The Noise i1 smart glasses come with touch controls and support Siri and Google Assistant, offering a hands-free voice assistant option to users. The smart glasses feature a 16.2mm speaker driver and MEMS (Motion Estimation, Motion Compensation ) microphones for calling. They have ultraviolet A (UVA) and ultraviolet B (UVB) protection and are compatible with Android and iOS devices via Bluetooth v5.1 connectivity. The Noise i1 are claimed to deliver up to nine hours of playtime on a single charge.

Noise i1 price in India, availability

The new Noise i1 smart glasses come with a price tag of Rs. 5,999 and are currently available for purchase via the company website. They come in sole Black frame colour with round and rectangle shapes.

The Noise i1 smart glasses pack a speaker with a 16.2mm driver and an individual mic in each temple. The smart glasses come bundled with changeable blue light filtering transparent lenses for reducing eye strain and the lenses are claimed to offer 99 percent ultraviolet A (UVA) and ultraviolet B (UVB) protection.

There are touch controls on the temples of Noise i1 smart glasses that allow users to accept and reject calls, change tracks and activate voice assistants. As mentioned, they support Siri and Google Assistant allowing users to manage the device hands-free through voice commands.

The Noise i1 smart glasses offer Bluetooth v5.1 connectivity with a maximum operating distance of 10 metres and support for SBC and AAC audio codecs. They can be paired with Android and iOS-powered devices. Noise has packed the company's Hyper Sync technology in the new wearables that is claimed to connect with any device automatically on opening the temples. They are IPX4 rated for water and sweat resistance as well.

The new smart glasses have a claimed battery life of nine hours on a single charge. The Noise i1 are said to deliver up to 120 minutes of battery life with a 15-minute charge. They weigh 47 grams.

The Noise i1 smart glasses are likely to compete with the likes of Titan EyeX smart glasses that were launched in India in January this year.