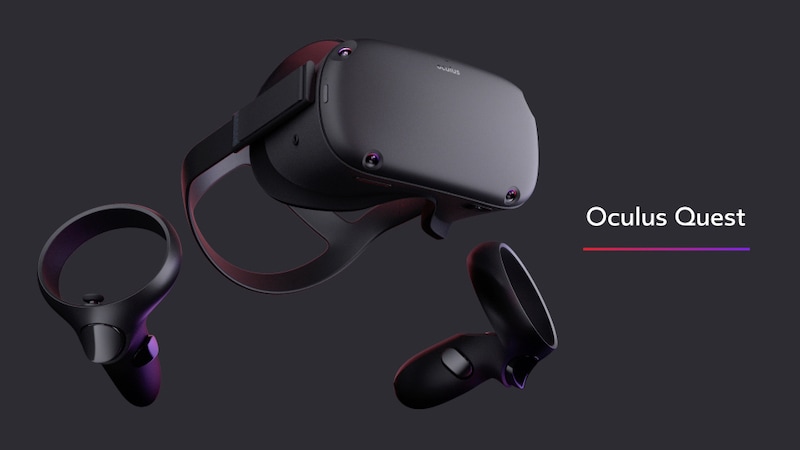 Facebook-owned Oculus announced the Oculus Quest. It's an all-in-one VR system that Oculus claims has six degrees of freedom. This allows you to walk and look in any direction in a virtual space just as you would in the real world without additional wires or sensors or a PC. The Oculus Quest price is $399 (around Rs. 28,000) with a release window of Spring 2019. Along with a headset the Oculus Quest comes with Touch controllers designed to make interactions in games seem more natural. Oculus is touting over 50 games and experiences for the Oculus Quest launch. Some include Epic Games' Robo Recall and indie hits like Moss.

The Oculus Quest is powered by what's being referred to as Oculus Insight. It's a piece of tech that allows your movements and interactions to be tracked without the need of an external sensor. $399 nets you the 64GB headset and controllers suggesting the possibility of higher capacity offerings.

In terms of optics, the Oculus Quest has a resolution of 1600x1440 per eye with a lens spacing adjustment to allow for a better fit and comfort. Where does this fit alongside the Oculus Rift and Oculus Go? According to the company, it's right in the middle.

"With the introduction of Oculus Quest, we’ve completed our first generation of best-in-class VR headsets," a post from Oculus reads. "Oculus Go remains the easiest and most affordable way to get into VR, while Oculus Rift leverages the power of your PC to push the limits of what’s possible. Thanks to Oculus Quest, we’re now able to combine the best of both worlds and welcome even more people into the VR community."