The new account login system for Meta's VR headsets is rolling out next month. 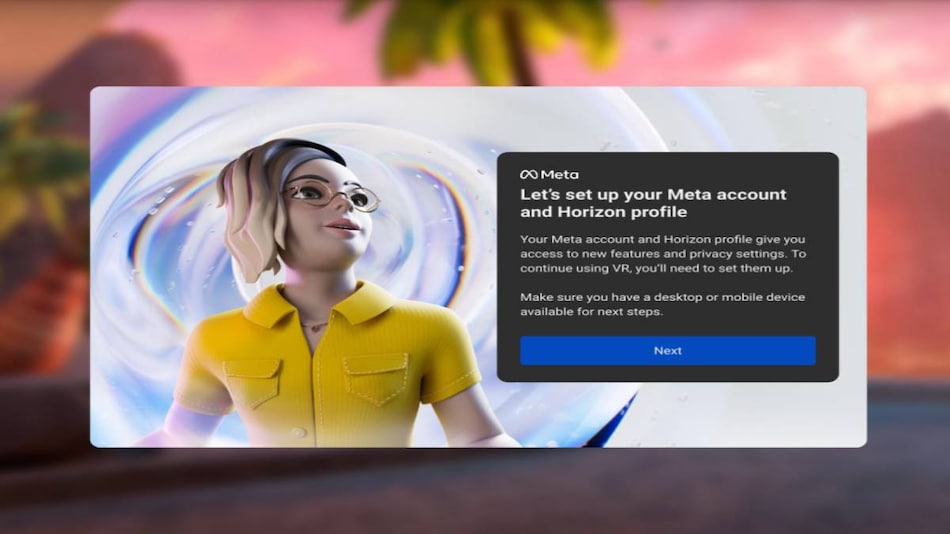 Meta is launching a new account login system for its Quest VR headsets that don't require logging in with a Facebook account. The users instead will need a new Meta account, which does not need to be linked to Facebook. Meta will start rolling out this new account login system in the month of August, the company has confirmed. However, the company also has said that the ones who are new to Meta VR devices or have previously merged their Oculus account with a Facebook account, will need to create a a new Meta account and Meta Horizon profile.

As announced by Meta, the company is launching a new account login system for its Quest VR headsets that don't require logging in with a Facebook account. This system will be rolled out to users in the next month. This new login system indicates that those Meta Quest users who have merged their Oculus and Facebook accounts, will now need to create a new Meta account and Meta Horizon profile to use the headset. And those who have been logging into their VR device with their Oculus account can keep using their headset until January 1, 2023.

The company, on the occasion, explained that "Your Meta account is not a social media profile; it lets you log into your VR devices and view and manage your purchased apps in one place. In the future, we'll extend Meta account functionality so you can use it to log into other Meta devices."

Meta also notes that the Quest headset users also have an option to add their Meta account to the same accounts centre as their Facebook or Instagram account so they will be able to chat with friends in the VR version of Messenger.

Moreover, while creating a new Meta account, the Quest users will be prompted to create a Meta Horizon profile, with a username, avatar, profile photo, and so on, as per the company.

Meta claims that this new account also offers privacy controls, including varied privacy options in the settings, which comprises of - Open to Everyone, Friends and Family, and Solo accounts. After selecting this, users will get an option to review and confirm their individual privacy settings are set the way they want them.