Nothing has planned a staggered release for the Launcher's update. 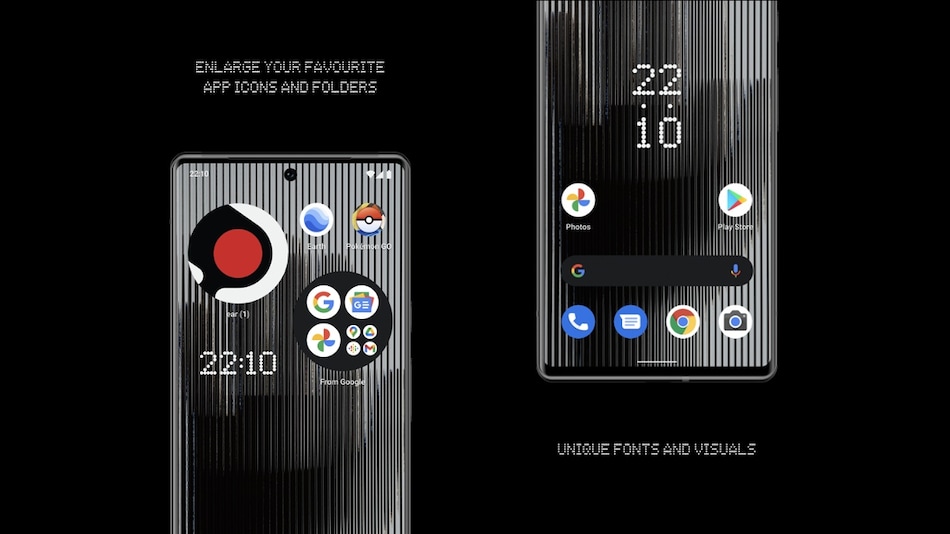 Nothing Launcher has been made available for smartphones that boot Android 11 or higher. The company has planned a gradual rollout of this update across all devices in the coming days. This launcher is currently at the beta stage and has been designed to get users interested in Nothing OS, which is currently under development. When this launcher was initially launched, it was only compatible with Samsung Galaxy S21 and Galaxy S22 series along with the Google Pixel 5 and Pixel 6 lineup. This new update promises to make the Nothing Launcher compatible with more devices running Android 11 and above.

The Nothing Launcher update is live and can be downloaded from Google Play, if it is compatible with your device. With this update, a 'How to Set Up' page would appear when the launcher will be opened for the first time after a new installation. Improvements have been made that allow you to easily change wallpapers. It now also features a Dropbox link for downloading wallpapers and ringtones. Furthermore, this update also brings a few bug fixes.

Currently in beta, the Nothing Launcher has been released to gather user feedback as the company develops its own Android-based operating system, Nothing OS. This operating system is being developed to provide users with a smooth and bloatware-free user experience. Nothing plans to create an alternative ecosystem surrounding this minimalistic operating system to rival the likes of Apple and Samsung.

In the same vein, Nothing is gearing up to launch the Nothing Phone 1 with a focus on minimalism. According to recent rumours, this smartphone might sport a 6.43-inch full-HD+ AMOLED display with a 120Hz refresh rate. It is expected to be powered by a Snapdragon 778G SoC along with 8GB of RAM and 128GB of onboard storage. The Nothing Phone 1 could feature a 50-megapixel triple rear camera setup and a 32-megapixel selfie shooter on the front. Its 4,500mAh battery is expected to offer wireless charging support.

Further reading: Nothing Launcher, Nothing