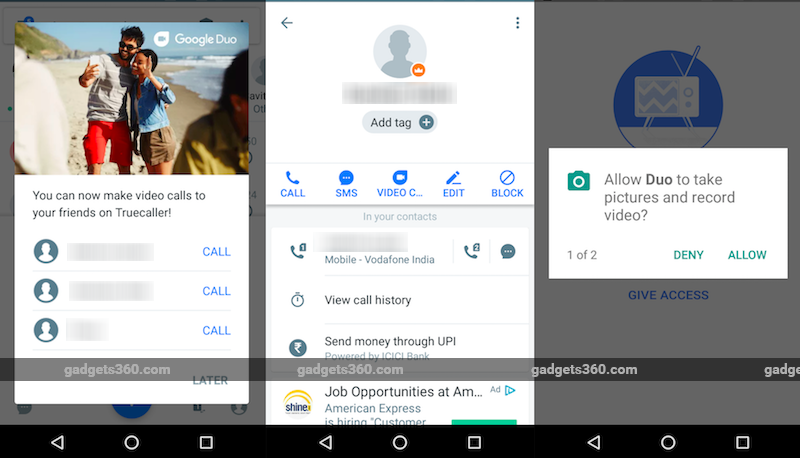 The feature, that went live for Android on Tuesday, will now make high-quality video calling available to the over 250 million Truecaller users globally, Truecaller said in an emailed statement.

Commenting on the launch, Rishit Jhunjhunwala, VP of Product, Truecaller, said, "Sometimes voice and text just aren't enough and nothing beats the experience of communicating face to face. We're very excited to announce the next step in delivering a one-stop communication platform for Truecaller users globally. By having a fantastic partner like Google, we can provide a high-quality video experience to millions of users using Google Duo."

"Video calling should work for everybody, regardless of what platform they are on. Our aim is to make video calling simple, fast, and available to everyone," said Amit Fulay, Head of Duo at Google. "With this Truecaller integration, we're able to bring a better video calling experience to millions of new users."

The initial announcement of the collaboration came in March earlier this year, where Truecaller had announced its plans for the Indian market.

Along with this integration, Truecaller had also announced a completely new redesign of the Android app that includes features including SMS filter, Flash Messaging and Truecaller Pay.

In April, Truecaller launched Flash Messaging for Android, and it rolled out for the iPhone in July.