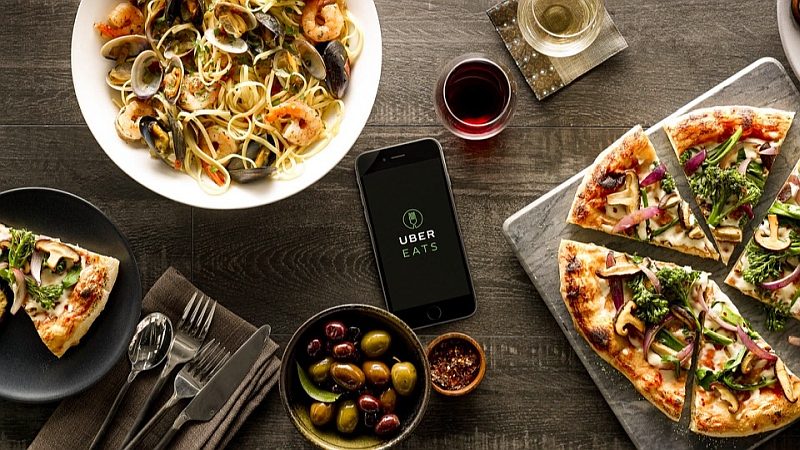 Uber's standalone food delivery service - UberEATS - has arrived in Mumbai. At launch, it'll be available in Powai, Bandra East, Bandra Kurla Complex, and the west-lying regions from Lower Parel uptown to Andheri (see map below). Though there is no minimum order size, a delivery fee of Rs. 15 will be levied on each order.

UberEATS will deliver seven days a week, at all times of the day, be it breakfast, lunch, dinner or the times in between. The service will be live in six Indian cities by the end of the year, and Uber says it's looking at Bengaluru, Chennai, Delhi, and Kolkata. Ahead of the launch, the company had sought feedback for Mumbai and the above mentioned cities, as well as Hyderabad.

You can get the UberEATS app from the Google Play Store, and Apple's App Store. If you can't use the app, UberEATS will also be available on the Web at UberEATS.com. The option to browse through food options will be available in the main Uber app as well when you're on a trip, which will allow you to time delivery to your drop-off location.

At the launch event in Mumbai on Tuesday, Uber also appointed Bhavik Rathod as the new head of UberEATS in India, who was earlier GM (South & West) of Uber's ride business.

"The introduction of UberEATS in India, with Mumbai as the first city to go live with this food delivery service, is a major step in our global expansion strategy and showcases our commitment to the market," Rathod said.

The ride-sharing giant has partnered with over 200 restaurants in Mumbai. Some of the featured places are The Good Wife, Fresh Menu, Coffee by Di Bella, The Bohri Kitchen, Le15 Patisserie, Nom Nom, and The Bombay Canteen.

Uber invited some of its partners to the launch in Mumbai, to talk about how UberEATS would help their existing business. The Bohri Kitchen founder Munaf Kapadia said that Uber's expertise with technology and network of partners would allow it to not only expand in a way that was unimaginable before, but quicken their delivery side of things.

"Over the last 12 months we've struggled with trying to put in place a scalable delivery business due to various operational challenges," Kapadia added, "and we're confident that this partnership with UberEATs will give The Bohri Kitchen the scale and efficiency we need to come a step closer towards our business potential."

Uber said that it takes 35 minutes on average from order to delivery, with 20 minutes for preparation, and 15 for delivery. It'll be interesting to see how Uber maintains those standards in a country known for its troubling traffic conditions.

Uber's biggest competition in the food delivery sector comes from two Indian start-ups: Zomato and Swiggy. Both have a much larger presence - Swiggy in eight cities, and Zomato in ten - having been in business much longer. Google's offering - Areo - is only available in two cities, and relies on third-party delivery vendors.

It's still an unproven sector beyond the biggest urban markets though. At the start of last year, Zomato shut down delivery in four cities - Lucknow, Kochi, Indore, and Coimbatore - citing insufficient contribution to its overall market cap.

Restaurants can partner with Uber to become a part of its food delivery programme, without having to hire professionals of their own. With the app, managers can control the availability of dishes on the menu, and monitor their number of orders, and earnings.

On the delivery side of things, anyone can apply to deliver for UberEATS as long as they're 19 years of age and have a bike that is a 1997 model or newer.

As for expansion, Rathod said, "We are looking to scale to other big cities including Delhi, Bengaluru, Chennai, and Kolkata among others going forward, but we don't have a timeline at present."

UberEATS has been available for the lesser part of two years across the world, with an established presence in over 77 cities, including Amsterdam, Brussels, Cape Town, Dubai, Hong Kong, London, Madrid, Moscow, New York, San Francisco, Sydney, Tokyo, and Vienna. With Mumbai added to the mix, UberEATS has grown to 78 cities in 26 countries.