Redmi Buds 3 will be available at an introductory pricing of CNY 159 (roughly Rs. 1,800) under a crowdfunding campaign. 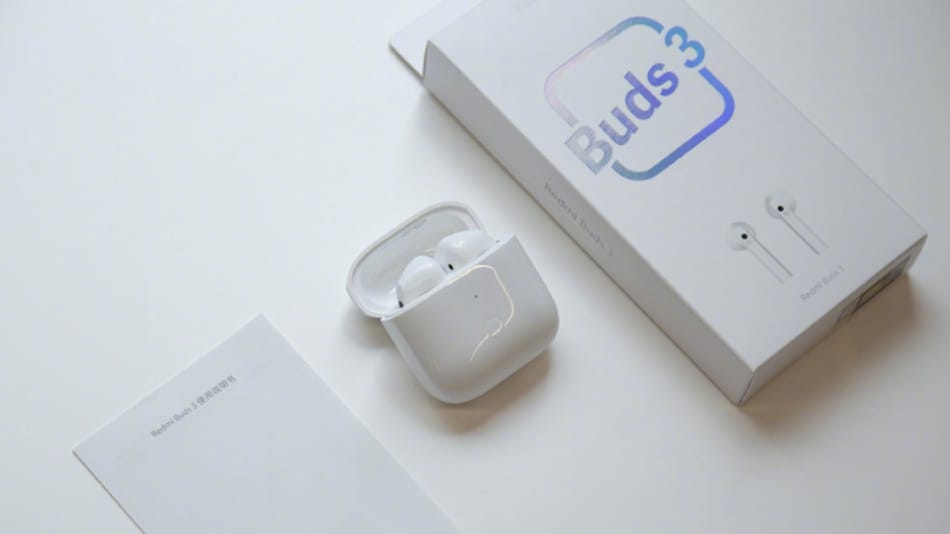 Redmi Buds 3 have been launched as Xiaomi's latest true wireless stereo (TWS) earbuds under the Redmi brand. The earbuds come with an AirPods-like semi in-ear design and are claimed to deliver up to 20 hours of battery life. Redmi Buds 3 are powered by a Qualcomm processor that carries clear voice capture (cVc) noise cancellation technology to cut ambient sounds and reduce echo during voice calls. Similar to other TWS earbuds, Redmi Buds 3 also come with touch controls.

Redmi Buds 3 price has been set at CNY 199 (roughly Rs. 2,300), though the earbuds are initially going on sale under a crowdfunding campaign at an introductory price tag of CNY 159 (roughly Rs. 1,800). The crowdfunding will go live in China starting Wednesday, September 8. However, details about the global availability and pricing of Redmi Buds 3 are yet to be announced.

The new Redmi Buds 3 come with 12mm large-size drivers that are backed by Qualcomm QC3040 SoC. The earbuds also include support for Qualcomm's aptX Adaptive audio decoding technology that is touted to bring a high-definition sound experience via Bluetooth. Xiaomi also claims that Redmi Buds 3 deliver a latency rate of as low as 95 milliseconds when paired with its flagship devices including Redmi K40 Pro.

Redmi Buds 3 have touch controls that allows users to play music, change tracks, and answer calls by tapping the back of the earbuds. There is also one-step quick pairing using a pop-up window specifically on phones running on MIUI 12 and later.

They carry two microphones on each earbud that work along with Qualcomm's cVc technology to offer a noise reduction experience for voice calls.

Each earbud of Redmi Buds 3 is rated to deliver up to five hours of playback time on a single charge, while the bundled charging case is capable of extending the battery life by up to 20 hours. The earbuds are also claimed to have quick charge support that enables 1.5 hours of playback time in 10 minutes of charging.

The earbuds weigh 4.5 grams each, making them a lightweight option. Furthermore, you'll get an ergonomic design that is claimed to offer a comfortable wearing experience.