Xiaomi has introduced Mi routers in the past, but this is the first time the company will introduce Redmi-branded routers as well. 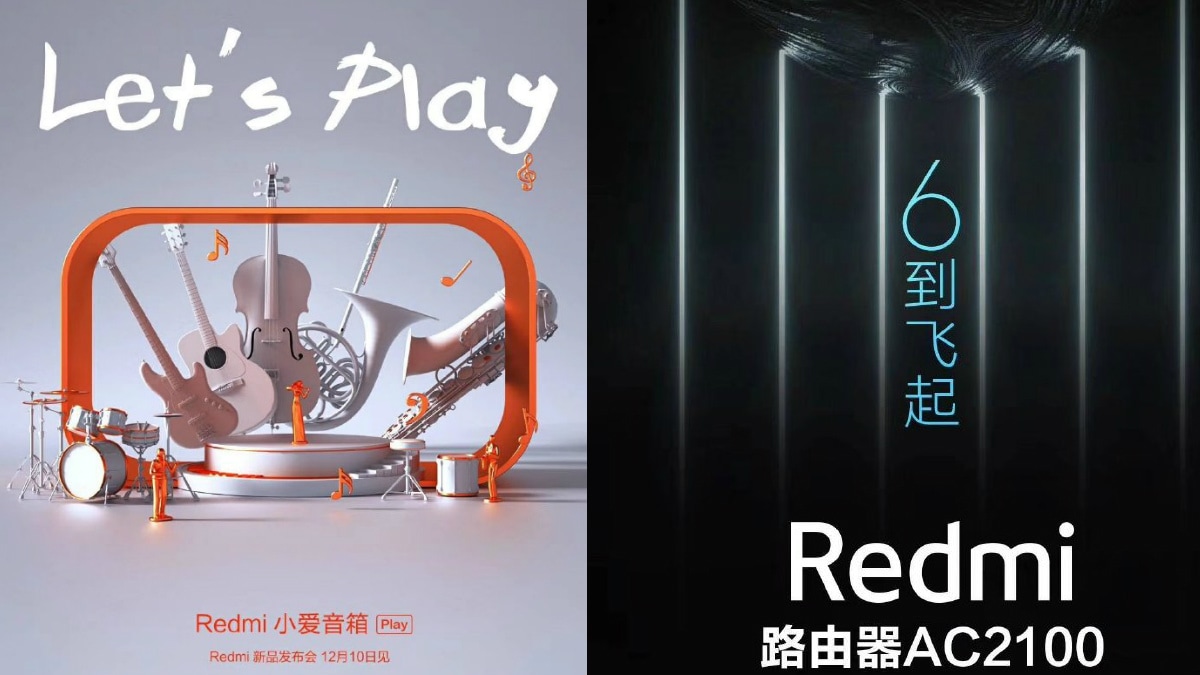 Redmi K30 will not be the only new product being launched at Xiaomi's December 10 event. Xiaomi China President Lu Weibing has revealed that the Redmi Smart Speaker will also be launched alongside the smartphone. Additionally, the executive posted that Redmi's first AC2100 Wi-Fi router will be introduced at the event next week as well. Xiaomi has introduced Mi routers in the past, but this is the first time the company will introduce Redmi-branded routers.

Weibing has taken to Weibo to share two teaser posters of the upcoming products set to launch on December 10. The first poster confirms the launch of the Redmi smart speaker. There's a small rectangular red-coloured rounded box outlined in the poster, suggesting the shape of the speaker as well. The Bluetooth speaker should be portable and come with support for Xiaomi's own voice assistance as well.

A separate teaser poster suggests that Xiaomi's Redmi-brand will release a Redmi AC2100 router as well. This router has the same model number as the reported Xiaomi Mi gaming router released in September. What this new Redmi-branded router will entail remains to be seen. This will be the first Redmi-branded router from Xiaomi, and all details shall be revealed on December 10.