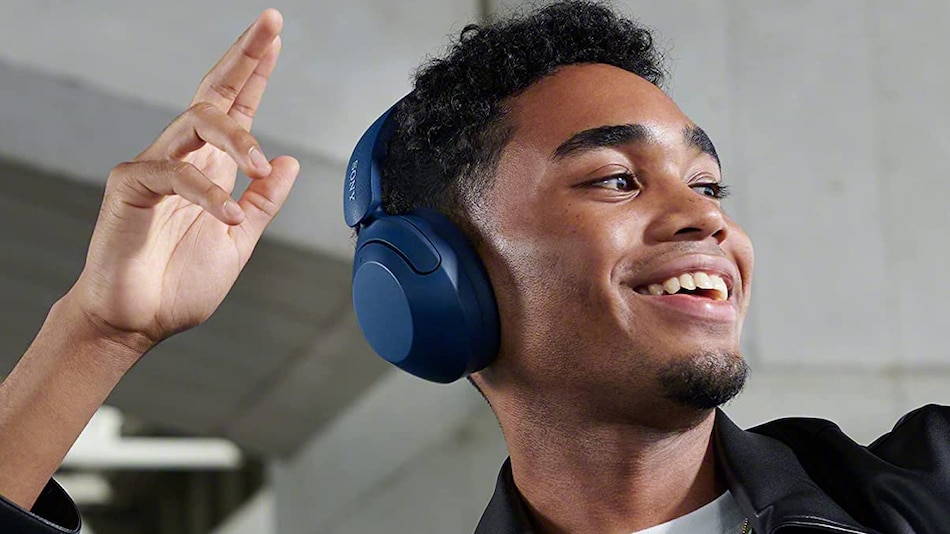 Sony WH-XB910N wireless headphones and WF-C500 true wireless stereo (TWS) earbuds have been launched in the UK. The headphones and earbuds are up for pre-orders now. The WH-XB910N wireless headphones offer a driver unit tuned for extra bass, come with active noise cancellation (ANC), and can be connected to two devices at the same time over Bluetooth. The Sony WF-C500 earbuds don't offer active noise cancellation but come with IPX4 water resistance and 10 hours of continuous battery life. The Fast Pair feature lets users quickly pair the Sony WH-XB910N over-ear headphones and WF-C500 earbuds with Android devices. Both the products also support Swift Pair feature that makes it quick to pair the audio devices with Windows 10 computers.

The Sony WH-XB910N are available in Black and Blue colour options, while the Sony WF-C500 earbuds can be purchased in Black, Green, Orange, and White colour options.

Sony WH-XB910N and Sony WF-C500 are available for pre-booking in the UK. The Amazon UK listing of the earphones shows that the products will be available for purchase starting October 15. The availability of both devices in India and other regions has not been announced yet.

Like other premium TWS headphones in the segment, the Sony WH-XB910N feature ANC, along with the company's Dual Noise Sensor technology that claims to improve noise cancellation. It has a foldable design and feature 40mm drivers with a frequency response range of 20Hz–20,000Hz. The over-ear headphones pack an inbuilt mic for attending hands-free calls from connected smartphones. The Sony WH-XB910N wireless headphones support two simultaneous connections over Bluetooth and Fast Pair and Swift Pair features.

The wireless headohones from Sony support LDAC, SBC, and AAC audio codecs. These feature the company's Digital Sound Enhancement Engine (DSEE) upscaling that claims to restore compressed audio files, as well as 360 Reality Audio that promises a more immersive experience over stereo sound. The headphones bring an adaptive sound control feature that recognises locations visited by the user frequently and tailors sound to suit the environment. It is compatible with Google Assistant and Alexa. Users can also adjust volume and take or make calls by tapping or swiping the touch panel on the side of the Sony WH-XB910N headphones. The device also supports 3.5mm wired playback.

The Sony headphones support USB Type-C charging and feature Bluetooth v5.2 connectivity. The over-ear headphones offer up to 30 hours of battery life with ANC on. The battery charging time of WH-XB910N is said to be 3.5 hours. The company claims that the headphones can deliver 4.5 hours of playtime with just 10 minutes of charging. The headphones come with a carrying case and weigh ‎252 grams.

The earbuds claim to offer an impressive continuous playback of up to 10 hours on a full charge, with its charging case adding another 10 hours for a total of 20 hours of battery life. Each earbud weighs 5.4 grams and the case weighs 35 grams.

Both the Sony WH-XB910N headphones and the Sony WF-C500 TWS earbuds can be connected to the Sony Headphones Connect app for EQ customisations.