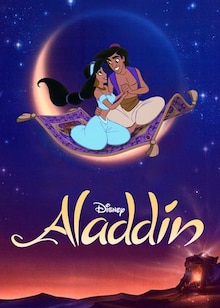 Aladdin (Scott Weinger) is an ordinary street urchin based in the fictional city of Agrabah, who falls head over heels for the free-spirited and gorgeous Princess Jasmine (Linda Larkin) — who wants to marry for love instead of royal status.

Meanwhile, Jafar (Jonathan Freeman), the royal Vizier, tricks Aladdin into a cave to get hold of a magical lamp, only to betray him at the end — leaving Aladdin and his pet monkey Abu (Frank Welker) with the lamp that the vizier desires.

As it turns out, the lamp houses a powerful genie who grants Aladdin three wishes. Aladdin asks the genie (Robin Williams) to turn him into a wealthy prince and woo Princess Jasmine, keeps the second wish on hold, and promises the third to be genie’s freedom from servitude in the end.

As romance starts brewing between Aladdin and Jasmine, and Jafar starts plotting an evil mission with more dedication than ever, a convoluted plot full of magic, thrill, wits, laughs, and drama unfolds.

The musical comedy is based on the popular Arabian folklore of the same name and marks Disney’s 31st animated feature film. 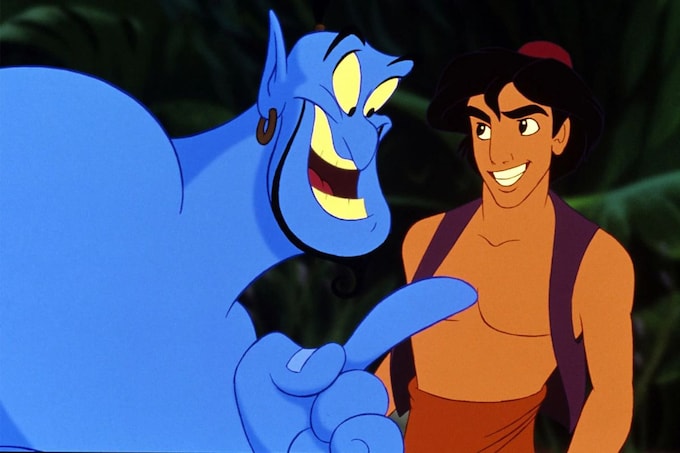