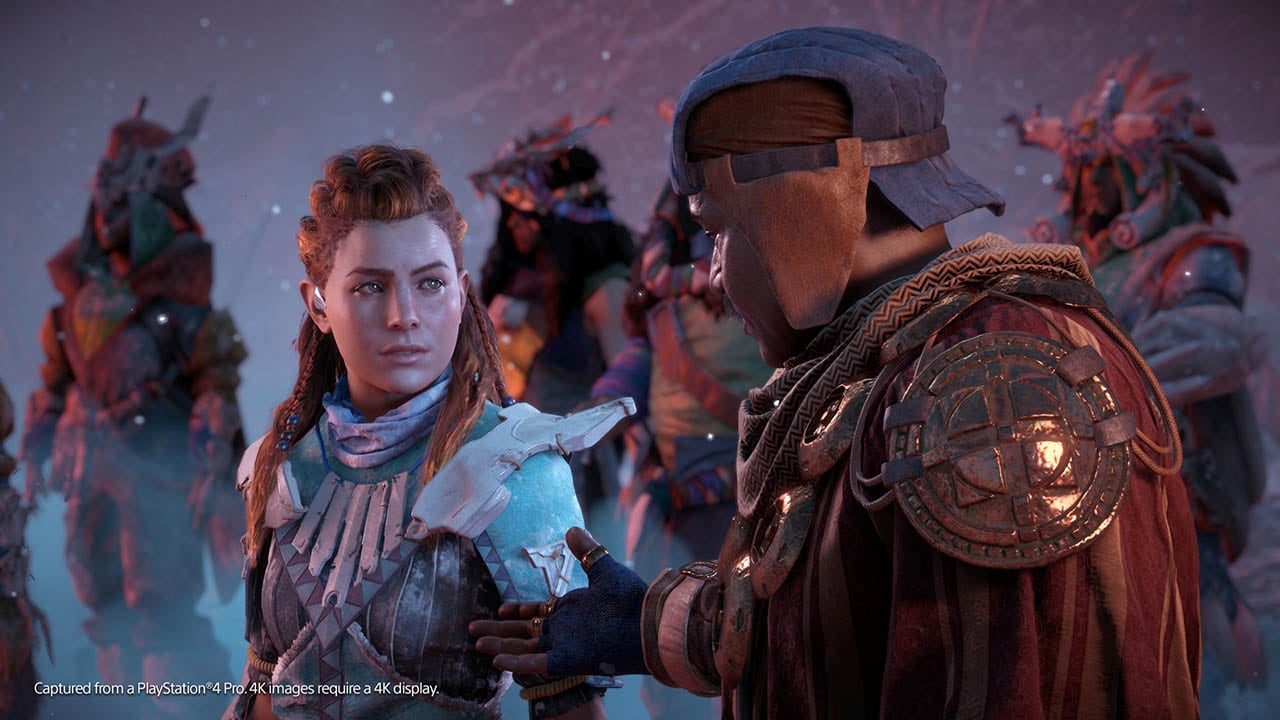 Last Friday, Starz gave us a trailer for its upcoming sci-fi TV show Counterpart, starring J.K. Simmons in a double role. He plays a lowly cog in a UN agency guarding a big secret: a crossing to a parallel dimension, where Simmons meets his “counterpart”. Counterpart arrives on Starz January 21, 2018.

Later that day, Netflix severed ties with Kevin Spacey amid the sexual misconduct allegations that were growing in number day by day. According to reports, his character Frank Underwood will be killed off in the sixth and final season of House of Cards. Netflix also cancelled a biopic he was set to star in, while Ridley Scott took the drastic step of reshooting his film All the Money in the World to remove Spacey.

Over the weekend, multiple reports claimed that Amazon was in talks with the Tolkien estate to figure out a long-term TV project over Lord of the Rings. CEO Jeff Bezos is said to be personally involved, with the rights expected to cost about $250 million (Rs.1,618 crores).

On Monday, word broke out that Disney was looking to acquire the movie and TV studio side of 21st Century Fox. If it does happen, Disney would get rights to a lot more franchises, including X-Men, and Avatar.

Meanwhile Warner Bros.’ much awaited DC superhero mash-up Justice League will have a post-credits scene, Aquaman actor Jason Momoa revealed in an interview this week. That makes it only the second DC film after Suicide Squad to do so, with the others opting not to copy Marvel. Justice League is out November 17.

Alex Kurtzman (Star Trek) and Chris Morgan (Fast and Furious) have left Universal’s Dark Universe, according to THR. While the studio initially appeared to push through despite the critical and box office failure of Tom Cruise’s The Mummy, it has since been having second thoughts. Pre-production on Bride of Frankenstein was halted last month, and now its chief architects have left.

Suicide Squad 2 might feature Dwayne Johnson’s Black Adam, per sources talking to The Wrap. Though the character was set to get his own standalone film – currently in pre-production – Warner Bros. seems to have decided to introduce Black Adam earlier, with the plot revolving around a mission to find him. Suicide Squad 2 is set for a 2019 release.

Shawn Levy - the director of Night at the Museum, and producer of Stranger Things - is set to direct a sci-fi coming-of-age story set on the Moon, called Crater. Variety reports that Fox has bought the script, which follows a boy and his four friends exploring a mysterious crater prior to their relocation to another planet.

A Thursday report in the WSJ claims that all future Marvel shows will be exclusive to Disney's in-the-works streaming service, leaving their current home of Netflix. It's not clear what will happen to the existing catalogue. Disney's deal with Fox (mentioned above) is reportedly stalled, and was also meant to help it compete with Netflix.

The Last Jedi director Rian Johnson has been handed the keys to a new Star Wars trilogy, Disney said on Thursday. He will write and direct the first instalment, which will feature new characters from an unexplored corner of the Star Wars universe. There's no release date, but this only goes to show how confident Disney is with The Last Jedi.

TV:
The Long Road Home
Based on journalist and global affairs correspondent Martha Raddatz’s 2007 New York Times bestselling book of the same name, The Long Road Home is an eight-part look at the Fort Hood soldiers and their Iraqi interpreter who were ambushed on April 4, 2004 in Sadr City during the US invasion of Iraq.

Executive produced by Phil Abraham (The Sopranos, Mad Men) for National Geographic, the mini-series stars the likes of Michael Kelly (House of Cards), Jason Ritter (Joan of Arcadia), Kate Bosworth (Superman Returns), Sarah Wayne Callies (The Walking Dead), and Jeremy Sisto (Six Feet Under). Like the book, it looks at both the action in Iraq and the lives of those back home.

The Long Road Home premiered earlier this week on Nat Geo, and has received praise from critics, who called it a tough watch that doesn’t shy away from the truth. SF Chronicle’s David Wiegand has termed it “one of the finest television offerings of the year”, although Variety’s Maureen Ryan said it could have been much shorter.

How to access: National Geographic, Amazon Video US with first episode free, Hulu, or iTunes US
Time commitment: 8 hours

Lady Dynamite
Lady Dynamite returns Friday with its second season as Maria Bamford’s new show idea (playing a fictionalised version of herself) is picked up by a streaming network (which may or may not be owned by Elon Musk), and her friends and family learn that she’s in a relationship. The show is loosely based on her life after all, so it makes sense that getting her own show would feature at some point.

Starring alongside Bamford are Fred Melamed (A Serious Man) as her manager, Mary Kay Place (Mary Hartman, Mary Hartman) as her mother, Ólafur Darri Ólafsson (True Detective) as her boyfriend Scott, and Ana Gasteyer (Mean Girls) as her agent. And there will be guest stars as before, including Judd Apatow, Judy Greer, and Andy Samberg.

Lady Dynamite season 2 has been well received in early reviews, with critics enjoying the idiosyncratic storylines. AV Club’s Danette Chavez concluded her review by saying: “For all the cathartic comfort we’ve found in her struggles, Bamford is transcending the need to suffer for--and in--her art. And the show is all the better for it.”

Movies:
Loving Vincent
The first fully-painted animated feature film ever made, Loving Vincent has been made by a team of 115 painters who created over 65,000 frames. It tells the life story of renowned artist Vincent van Gogh, who didn’t sell a single painting during his life, but has since become known as the father of modern painting.

Loving Vincent looks at van Gogh’s life and the mystery behind his tragic death, and how he came to be shot on the night of July 27, 1890 in the small French town of Auvers. Directed by Dorota Kobiela and Hugh Welchman, who based the film’s design around the painting style of van Gogh himself, they also made use of live-action footage as reference for the animation.

The film’s narrative isn’t that well-composed, but critics have reserved special praise for its dazzling visual achievements, which is even more notable considering it was made on a budget of $5.5 million (roughly Rs. 35.7 crores). A must-see for fans of van Gogh and his work.

How to access: Out in cinema halls
Time commitment: 1 hour and 31 minutes

Ingrid Goes West
Aubrey Plaza (Parks and Recreation) plays Ingrid Thorburn – the titular character of Ingrid Goes West – a social media stalker who confuses “likes” with meaningful relationships. Bored out of her mind and with an inheritance from her mother, she sets out for California after reading about Taylor Sloane (Elizabeth Olsen), an Instagram-famous ‘influencer’, in a magazine.

Ingrid is obsessed with Taylor, using the money she has to copy the latter’s curated, boho-chic lifestyle no matter what the personal cost. She finds a way to push herself into Taylor’s life, and the film charts how their relationship blossoms quickly and then rapidly dissolves owing to Ingrid’s mental problems.

Plaza’s performance was highlighted by many critics, and the film’s writer-director Matt Spicer and co-writer David Branson Smith won the Waldo Salt Screenwriting Award at this year’s Sundance Film Festival. It’s one of a few films that understands the social media generation, even if it can’t bring together its values by the end.

How to access: Amazon US, Amazon Video US, Google Play Movies, iTunes US, Microsoft Store, or YouTube
Time commitment: 1 hour and 38 minutes

Other mentions:
All three Ghostbusters films, including the 1984 original, the 1989 sequel, and the 2016 all-female reboot, are now on Amazon Prime Video.

Westworld season 1 is now on Blu-ray. You could simply watch it on Hotstar, but that won’t get you the 4K version. The Blu-ray comes with a featurette for the title sequence and the musical cues, the show’s 2017 Comic-Con panel, a tour of the set, and more.

Music video director Geremy Jasper’s debut feature Patti Cake$, which stars Danielle Macdonald as a bartender in New Jersey who hopes her rap skills can lead her to fame and fortune, is now on Blu-ray.

M.S. Dhoni: The Untold Story is now available on iTunes and Google Play Movies in India.

Siddharth (2014), the critically-acclaimed drama from writer-director Richie Mehta, about a chain-wallah in search of his son is also on Amazon Prime Video.

For more streaming options, check out our monthly guide for Netflix.

Video games:
Horizon Zero Dawn: The Frozen Wilds
About eight months on from the launch of the base game, Horizon Zero Dawn got its first major expansion – The Frozen Wilds – earlier this week. It takes you beyond the northern mountains, where there’s extreme weather and more extreme robotic beasts. The protagonist Aloy will also come across the Banuk tribe.

The new expansion for Horizon Zero Dawn adds new storylines, characters and experiences in The Cut, as Aloy must work together with Banuk tribe to figure out what’s going on inside top-secret science facilities. And as before, expect tons of visual flourishes from Guerrilla Games, which made Horizon one of this year’s best-looking games.

Critics like the return to the world of Horizon Zero Dawn, calling it more of the same, even sharing the base game’s flaws: a broken inventory system being the top issue. But if you enjoyed the time you spent with the main story, you’ll find this to be comfort food.

Doom
No, this isn’t 2016. The reason for Doom’s inclusion on this week’s list is because it’s been ported to the Nintendo Switch, a year and a half on from its release on other platforms. Doom for Switch includes mostly everything: the campaign, arcade mode, and multiplayer, with the exception of SnapMap, Doom’s in-game level creation tool.

If you get Doom on retail though, it’ll be a bit different. The game’s developer id Software – working in conjunction with a new studio Panic Button for the Switch version – wasn’t about to fit Doom’s multiplayer component on the cartridge, so it instead comes as a free download when you connect to the Internet.

Early reviews paint a favourable view of Doom on Switch, noting the game’s essence is preserved despite the console’s limitations. The graphics have been lowered though, as is the frame-rate: 30fps or lower at times. It’s a full-priced release ($60), so it’s up to you to decide if it’s worth the investment.