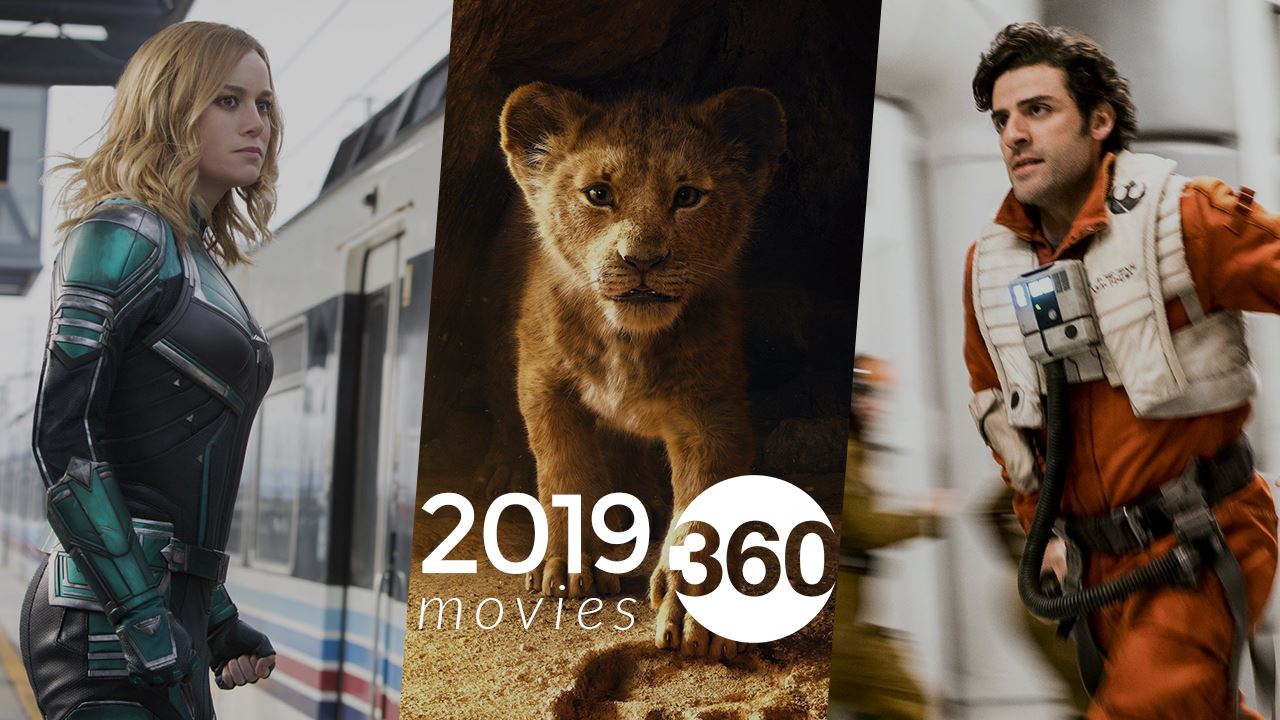 It's been a big year for movies and 2019 promises to be no different, thanks to final chapters in the Avengers and Star Wars saga, new entries in the world of Toy Story, Men in Black, and Terminator, and the return of The Lion King, The Lego Movie, X-Men, Godzilla, and Hellboy. Here at home, we have several period dramas to look forward to, from award-winning directors and stars such as Ashutosh Gowariker, Alia Bhatt, and Akshay Kumar. Meanwhile, India's historic mission to Mars is also getting the big-screen treatment. Here are the most anticipated films of 2019:

Manikarnika: The Queen of Jhansi

Kangana Ranaut turns co-director and stars as the lead in this biopic of Rani Laxmibai of Jhansi, who stood up to the British Raj and was one of the leading figures of the 1857 rebellion.

The Lego Movie 2: The Second Part

In this sequel to the hit 2014 original, Chris Pratt is back as Emmet and dons the new role of Rex Dangervest, a spoof of several of Pratt's characters, as they try to rescue the kidnapped Lucy (Elizabeth Banks).

How to Train Your Dragon: The Hidden World

The final entry in the trilogy finds the dragon Toothless running away after he discovers a mate, which puts his human friend Hiccup's home in danger and drives them into a mythological world.

How to Train Your Dragon 3 Trailer Introduces Toothless' Dragon Friend

Brie Larson joins the Marvel Cinematic Universe as the titular hero, a half-human and half-alien former Air Force pilot who's at the center of an inter-galactic conflict. Samuel L. Jackson returns as a digitally de-aged, younger Nick Fury.

Oscar-winner Jordan Peele returns with a second horror thriller — after Get Out — that follows a family confronted by a group of doppelgängers on a holiday. Lupita Nyong'o, Winston Duke (Black Panther), and Elisabeth Moss star.

Akshay Kumar plays one of 21 Sikh soldiers who gave their lives in the 1897 Battle of Saragarhi against several thousands of Afghan soldiers, in what is considered as one of history's greatest last-stands.

Colin Farrell, Michael Keaton, and Eva Green (Casino Royale) lead the cast of this Dumbo remake — it's said to be loosely inspired by the 1941 original — from veteran director Tim Burton.

The DC film universe gets a new superhero of its own in Shazam! — originally known as Captain Marvel, no kidding — who is a 14-year-old orphan who can turn into a godlike adult by uttering the name of his alter ego. No kidding.

Based on the book of the same name, Sonam Kapoor stars in the eponymous role of Zoya, an ad executive who turns out to be a lucky charm for the Indian cricket team and ends up travelling with them to the World Cup.

Stranger Things' David Harbour steps into the titular demon role for this reboot, who must stop an ancient sorceress (Milla Jovovich) from destroying all of mankind.

The follow-up to the shocking Infinity War, with the original Avengers coming together with the few remaining survivors — and Captain Marvel — to take on the all-powerful Thanos.

Deadpool's Ryan Reynolds is voicing Pikachu — who woulda' thunk it — in the first-ever live-action Pokemon movie, which is based on the 2016 video game of the same name.

Keanu Reeves' dog-loving legendary hitman is back for more action scenes loosely stitched together with a plot, with original director Chad Stahelski back at the helm.

Will Smith stars as the Genie in this live-action remake of the 1992 animated original, with Disney and director Guy Ritchie promising to update the stereotypical parts of the Middle Eastern story.

Brad Pitt travels through the solar system in the search of his father (Tommy Lee Jones), who once set out for Neptune to find alien life. James Gray (The Lost City of Z, The Immigrant) directs.

Godzilla: King of the Monsters

Godzilla goes up against three god-sized monsters — Mothra, Rodan, and the three-headed King Ghidorah — in this sequel to the 2014 original. Stranger Things' Millie Bobby Brown stars.

Godzilla: King of the Monsters Trailer – a Kaiju Fest with Mothra, Rodan, and King Ghidorah

The X-Men are back — belatedly — for another chapter in the endless saga, which finds them having to deal with one of their own: Sophie Turner's Jean Grey turning into Phoenix, who is being manipulated by an alien shapeshifter (Jessica Chastain).

Thor: Ragnarok duo of Chris Hemsworth and Tessa Thompson lead this MIB spin-off that's set (mostly) in London, tasked with figuring out a mole in their agency.

Men in Black: International Trailer: Hemsworth, Thompson Are Here to Deal With the Scum of the Universe

Nine years after the last one, Pixar digs up its best-known property for new adventures, with a new reluctant toy called Forky (Tony Hale) joining Woody and Buzz Lightyear's gang.

The only known post-Endgame MCU entry is set immediately after, which finds Peter Parker (Tom Holland) on a summer holiday in Europe. Jake Gyllenhaal stars as Mysterio.

Disney's photorealistic remakes of its beloved animated originals continues with the tale of Simba (Donald Glover), from the director of the previous one, Jon Favreau (The Jungle Book).

The Lion King's First Trailer Recreates the Most Iconic Scenes

Once Upon a Time in Hollywood

Quentin Tarantino's next has a terrific cast — Leonardo DiCaprio, Brad Pitt, Margot Robbie, Damian Lewis, Dakota Fanning, Al Pacino, Lena Dunham, and Kurt Russell among others — and is set around the time of the Manson Family murders in 1969 Los Angeles.

The endless popularity of the franchise has given rise to its first spin-off, centred on the respective characters of Dwayne Johnson and Jason Statham. Idris Elba plays the villain, while Vanessa Kirby (Mission: Impossible – Fallout) is an MI6 agent.

Game of Thrones' Maisie Williams leads the cast of this X-Men horror film, which finds five young mutants trying to escape a secret facility while discovering the extent of their abilities.

Eoin Colfer's 2001 novel of the same name is getting the big-screen treatment 17 years after it was first announced. It involves a 12-year-old criminal mastermind, fairies, and a possible robbery.

Joaquin Phoenix steps into the role made iconic by Heath Ledger, for a standalone entry that will be an origin story for Batman's nemesis and will bear no connection to the DC film universe.

Though the franchise has never come close to the heights set in 1991, it continues with Arnold Schwarzenegger set to reprise his role, once again. The good news? James Cameron is back as producer, while Deadpool's Tim Miller is in the director's chair.

Elizabeth Banks, Kristen Stewart, and Patrick Stewart star in this reboot of the film franchise based on the TV show of the same name, with Banks also in the role of co-writer, producer, and director.

Sega's fast-running mascot is facing the tall order of being an enjoyable live-action adaptation of a video game, with history set against it. Ben Schwartz (Parks and Rec) voices Sonic, with Jim Carrey as his nemesis Doctor Eggman.

The highest-grossing animated film of all time — with the earworm song “Let It Go” — returns for a second round that we know little about, except that Kristen Bell, Idina Menzel, and Josh Gad will be back as Anna, Elsa, and Olaf, respectively.

Lagaan director Ashutosh Gowariker goes back to the 18th-century with his next venture, focusing on the Third Battle of Panipat between the Maratha Empire and the Afghani Durrani Empire. Arjun Kapoor and Sanjay Dutt are on opposing sides.

Intended to be the first chapter of a trilogy, Ranbir Kapoor stars as a superhero alongside gods played by Amitabh Bachchan, Nagarjuna, and Dimple Kapadia, in what has been described as a ‘contemporary setting with ancient elements' by director Ayan Mukerji (Wake Up Sid).

The Force Awakens director J.J. Abrams returns for the final chapter of the trilogy — and the Skywalker saga — which is set one year after The Last Jedi. Billy Dee Williams returns as Lando Calrissian, while Keri Russell and Matt Smith join the cast.