Orange is the New Black, Monument Valley 2, and More – The Weekend Chill 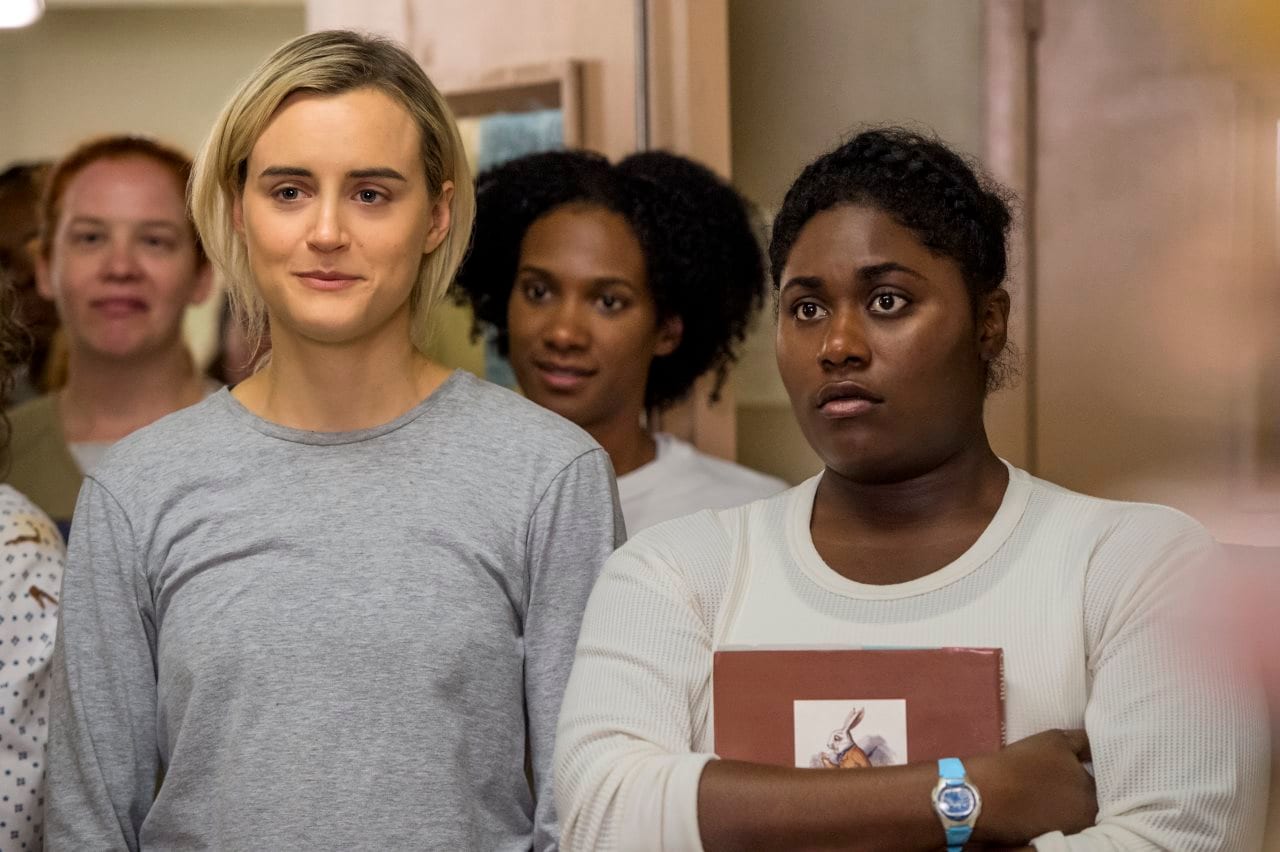 Wonder Woman, the first good entry in the DC film universe, racked up a $100.5 million opening weekend in the US, which had shot up to $263.6 million worldwide by mid-week worldwide. The film became the highest domestic opening for a female director, but it took in less than its critically-panned counterparts: Suicide Squad ($133.7 million), and Batman v Superman ($166 million). Patty Jenkins, the director, already has sequel ideas, but Warner Bros has yet to sign her up.

On Monday, Variety reported that Vince Gilligan – creator of Breaking Bad – has teamed up with the PlayStation team to create a virtual reality experience based on his show, which ended its run in fantastic fashion. There are no details on what it’ll contain, but it won’t be live-action mostly, and it won’t release this year.

After releasing a teaser for his Steam short-film experiments last week, Neill Blomkamp’s Oats Studios dropped a second teaser trailer on Monday, which features Sigourney Weaver alongside creepy aliens and a lot of gore. Though nothing came of Blomkamp’s attachment to the Alien franchise, it does seem to have resulted in at least this.

While The Mummy launches Universal’s Dark Universe on Friday, director Alex Kurtzman revealed the existence of two more films as part of the extended franchise on Tuesday: The Hunchback of Notre Dame, and The Phantom of the Opera. That’s in addition to Bride of Frankenstein (with Javier Bardem), Dracula, Creature from the Black Lagoon, The Invisible Man (with Johnny Depp), and The Wolf Man.

Cowboy Bebop, the 1998 Japanese anime that lasted for 26 episodes, is getting a live-action update from Tomorrow Studios, according to a report from Variety. Chris Yost (Thor: The Dark World, Thor: Ragnarok) has been tapped to write it. There’s no word on when production will start, and hence no release date.

HBO Films announced its adaptation of Ray Bradbury’s Fahrenheit 451 back in April, starring Michael B Jordan and Michael Shannon. On Wednesday, The Hollywood Reporter revealed that Sofia Boutella (Star Trek Beyond, The Mummy) has been added to the cast, who will play the informant Clarisse. It’s still early in the development process, so don’t expect it to come out anytime soon.

Pixar’s original film for 2017 – Coco – dropped its first trailer this week, which follows a young boy with a love of music, trapped in a music-hating household. When he strums his hero’s old guitar, he finds himself transported to the Land of the Dead, and that’s how his journey begins. Coco releases November 22 worldwide.

TV:
Orange is the New Black
The four-season run of Jenji Kohan’s women prison drama has benefited massively from the smart use of its ensemble cast, which has allowed the show to quickly grow beyond its white bread protagonist, Piper Chapman (Taylor Schilling). While some of the cast has left the show as their profiles have risen, including the ones given a terrific out by the writers themselves, Orange is the New Black is still an intelligent and engaging series.

In its fifth year, the season’s entire story will take place over just three days, revolving around a prison-wide riot. Henceforth, the episodes – all 13 of which are available Friday – are told almost in real-time. Ten of those 13 episodes have been available on torrent sites since the end of April, after a group hacked into a post-production studio that supplied its services to Netflix.

Early reviews point to a better than average return for the Emmy-nominated series. Indiewire’s Liz Shannon Miller said the show benefits from its limited focus, though it leans into horror tropes as it goes on. Uproxx’s Alan Sepinwall has mixed feelings about the format switch, but thinks it still manages to provide big, emotional moments in the second half of the season.

How to access: Netflix, or Colors Infinity Saturday 11am
Time commitment: 13 hours

Orphan Black
The fifth and final season of this clone-sisterhood sci-fi drama begins this weekend, with a usual ten-episode run to close the series. Ever since Sarah Manning (Tatiana Maslany) met her first clone who jumped to her death, she has slowly unravelled a world that has many more of them. And plus, there are multiple mysterious parties that are out to kill or control the clones for their own benefit.

It’s of course fitting and poetic that the person at the centre of it all, who’s trying to destroy Sarah and her ‘sestras’, is a clone of herself too: Rachel. The fourth season ended with Sarah in a bad state after her match-up with Rachel, and the show’s final round will continue that journey, as she strains to solve her dilemmas.

The fifth season will also be the last time to see Maslany take on multiple personalities, the work which has won her an Emmy for leading actress, and several other critics’ awards. If you’re starting out, the first two seasons are available on Netflix, and the next two are on Amazon Prime Video in the US.

Movies:
Beauty and the Beast
As part of its new strategy to reimagine its classic animated stories as live-action set-pieces, Disney gave us Cinderella in 2015, followed by Emma Watson-starrer Beauty and the Beast earlier this year in March. Though the film was criticised for its heavy similarity to the famed 1991 original, it did receive praise for Watson’s and Dan Stevens’ performances, as well the visual style and production design.

For what it’s worth, there are three new songs and a slightly updated backstory for Belle, primarily to make it look like that she’s a more capable woman. Despite those changes, the animated one remains the better liked adaptation, so if you haven’t seen it, catch that instead of this. All those complaints haven’t stopped the film from becoming the highest grosser of 2017 (yet).

How to access: Amazon US, Google Play Movies, iTunes US, or Microsoft Store
Time commitment: 2 hours and 9 minutes

Land of Mine
Nominated for the Best Foreign Language Film category at the Oscars, this Danish war drama is set in the aftermath of the Second World War, where a group of 2,000 German prisoners of war (POWs) – more boys than men – are captured by the Danish army and forced to defuse and clear their own landmines from the coast of Denmark.

The film follows their tragedy, as the German boys realise that the war is far from over for them, despite the nation’s surrender. The film was inspired by real events, which are easily forgotten in the big picture of World War II. According to estimates, over half of them were either killed or lost their limbs.

Look under the veil of its period setting, and you’ll find enduring remarks on violence and forgiveness. Written and directed by Martin Zandvliet, Land of Mine made its world premiere at the 2015 Toronto International Film Festival, where it received a standing ovation.

How to access: Amazon US, Amazon Video US, Google Play Movies, iTunes US, or YouTube
Time commitment: 1 hour and 41 minutes

Other mentions:
As always, since it’s the first week of the month, Netflix added a lot of TV and films to its catalogue. Here is the full list for June, along with some of our recommendations.

Video games:
Dirt 4
Ever since the release of Colin McRae Rally 2.0 in 2000, Codemasters has made a name of itself by making the most true-to-life rally racing games. Over time, it’s dabbled in producing more accessible arcade versions, to much success with Dirt 2 and Dirt 3 in 2009 and 2011, respectively.

Their most recent entry – 2015’s Dirt Rally – showed that the studio had lost none of its gritty, realistic touch, and it has brought that expertise together with the joy of racing for Dirt 4. The game provides two handling options – ‘gamer’ and simulation – for all three racing types: rally, rallycross, and landrush.

If you’re looking for a proper explainer, we’ve got just the thing. The highlights are a procedural rally stage generator, and its licensing of the FIA World Rallycross Championship. Early reviews paint a favourable picture of the new instalment, and we’ll have our own review of Dirt 4 next week.

How to access: PlayStation 4, Xbox One, or Steam for Windows PCs
Time commitment: As much as you want, really

Monument Valley 2
A surprise follow-up to the award-winning original revealed at WWDC earlier in the week, Monument Valley 2 is a completely new story set in the same universe. Here, in place of a single protagonist, developer Ustwo Games tell the story of a mother Ro and her child, by having players solve puzzles amid beautifully-drawn environments and a serene soundtrack.

That decision towards a family was brought about the Ustwo staff having children of their own. In an interview with Wired, studio head Dan Gray said: “We realized there weren’t enough games about motherhood. And when you do see mothers they’re often seen as something vulnerable or something to protect.”

The game starts with Ro teaching her child about how the valley works, and how to play with its architecture. Eventually, she encourages her to take the lead, signifying how upbringing works in life. Thanks to that narrative, the game creates a deeper bond than the first, while retaining its visual charm and the geometry appeal.