Netflix’s global fan event had a lot to offer. 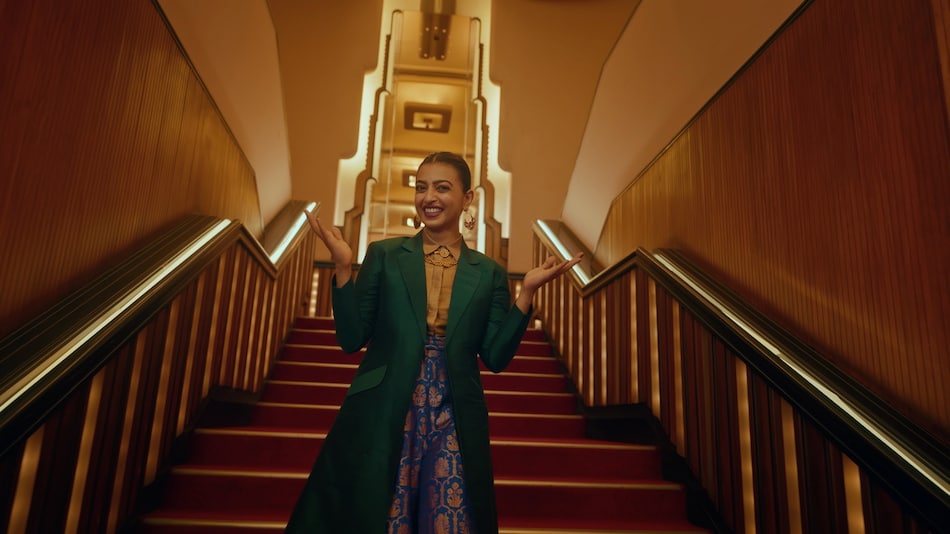 TUDUM — Netflix's inaugural global fan event — had a lot of trailers, teasers, and more. First looks at the Regency-era hit Bridgerton season 2, Neil Gaiman's The Sandman series, Jason Bateman-led Ozark season 4, the second season of Emily in Paris, League of Legends animated series Arcane, and The Witcher prequel series The Witcher: Blood Origin. Additionally, we got trailers for and new looks at Stranger Things 4, The Witcher season 2, Army of the Dead prequel Army of Thieves, Don't Look Up with Leonardo DiCaprio and Jennifer Lawrence, and Red Notice with Dwayne Johnson, Gal Gadot and Ryan Reynolds.

There was a bunch of news as well: The Witcher renewed for season 3, Sex Education renewed for season 4, Chris Hemsworth teasing his return for Extraction 2, Jennifer Aniston and Adam Sandler returning for Murder Mystery 2, Millie Bobby Brown and Louis Partridge doing so for Enola Holmes 2, alongside release dates for Cobra Kai season 4 and Tiger King season 2.

This is all in addition to 11 Indian series and movies that Netflix showcased at the pre-show TUDUM: India spotlight. Head here to watch all the TUDUM India trailers and first looks. Outside of that, here are the biggest trailers, news, and announcements from the three-hour TUDUM global fan event.

A new teaser for the fourth season of Stranger Things introduces a new location: the Creel House, the home of disturbed and intimidating man Victor Creel (Robert Englund) who's now imprisoned in a psychiatric hospital for a gruesome murder he committed in the 1950s.

Álvaro Morte showed up at TUDUM to unveil the first look at the final five episodes — Volume 2 — of the fifth and final season of the hit Spanish series. Money Heist fans have already been in tears following the death of you-know-who, and it promises to be a fiery goodbye.

Filmed over two decades, jeen-yuhs — a three-act documentary from Coodie Simmons and Chike Ozah — is an intimate and revealing portrait of Kanye's experience, showcasing both his formative days trying to break through and his life today as a global brand and artist. TUDUM gave us the first look.

Just days after the release of Sex Education season 3, stars Nctui Gatwa and Kedar Williams-Stirling showed up at TUDUM to announce that the beloved British secondary school series will return for a fourth season. I wouldn't be surprised if this doesn't arrive until 2023.

Nicola Coughlan, Jonathan Bailey, Simone Ashley and Charithra Chandran came to TUDUM to lift the lid on the sophomore run of the mega-popular Regency-era drama. Ashley is the female lead Kate Sharma in Bridgerton season 2, with Chandran as her sister Edwina.

Neil Gaiman's dark fantasy graphic novel is coming to life — finally. Cast members Tom Sturridge and Kirby Howell-Baptiste joined Gaiman to unveil a mind-bending first look, and teased a bunch of character posters that you can find on The Sandman's social media pages.

The dojos are punching back in. Xolo Maridueña, Tanner Buchanan, Mary Mouser, Jacob Bertrand, Gianni DeCenzo and Peyton List performed a failed “heist” at TUDUM to reveal the teaser trailer and the release date. The fourth season of karate (melo)drama series Cobra Kai will premiere December 31 on Netflix.

We already knew Chris Hemsworth would return as Tyler Rake thanks to his extensive workout regimen, but now it's confirmed. The Thor star also hyped up the sequel that's been written by Avengers: Endgame director Joe Russo, who also wrote Extraction.

Bumblebee and Hawkeye star Hailee Steinfeld is the voice lead in this animated series set in the League of Legends universe that will be produced by the game studio Riot Games. Ella Purnell, Kevin Alejandro, Katie Leung, Jason Spisak, Toks Olagundoye, JB Blanc, and Harry Lloyd also lend their voice talents. This is the Arcane trailer.

Netflix is promising “just as much mayhem and madness” for the second season of its hit unscripted series, which returns November 17. The date announcement teaser shows Joe Exotic making a call from prison where he's serving a 22-year sentence, and claims “we've just scratched the surface.”

John Cho showed up at TUDUM to give us a first look at the title sequence from his live-action adaptation of the beloved anime series about a ragtag crew of bounty hunters chasing down the galaxy's most dangerous criminals. We also got a taste of Yoko Kanno's score.

Adam Sandler and Jennifer Aniston are returning for another international adventure full of intrigue and hijinks, the two co-leads announced at TUDUM. This confirms what trade reports have been saying for a while, with Jeremy Garelick having reportedly signed on as director.

Lily Collins, Philippine Leroy-Beaulieu, Ashley Park, Lucas Bravo, Camille Razat, Samuel Arnold, Bruno Gouery and William Abadie were all part of TUDUM, as they revealed that the French capital's American influencer will return for another round of Paris adventures on December 22.

Remember Matthias Schweighöfer's Army of the Dead safecracker Ludwig? He's the star of this Army of the Dead prequel film set six years before the events of Zack Snyder's movie. No zombies here — at least that's what Netflix claims — but plenty of romance, comedy, and bank vaults. The trailer is bonkers.

Millie Bobby Brown and Henry Cavill were already confirmed to reprise their respective roles of Enola Holmes and her elder brother Sherlock Holmes in the sequel — and at TUDUM, the Stranger Things star confirmed that her love interest, Louis Partridge's Viscount Tewksbury, Marquess of Basilwether, will also be back.

At TUDUM, Henry Cavill and Lauren Schmidt Hissrich unveiled two clips from the second season of The Witcher, that re-immerse us back into the Continent. No full-length trailer unfortunately, guess we will just have to wait a bit more. But some good news: The Witcher will return for season 3.

Sophia Brown, Laurence O'Fuarain, and Michelle Yeoh lead the cast of this six-part prequel miniseries that is set underwater and 1,200 years prior to The Witcher and follows how the first witcher came about. TUDUM brought a behind-the-scenes first look at The Witcher: Blood Origin.