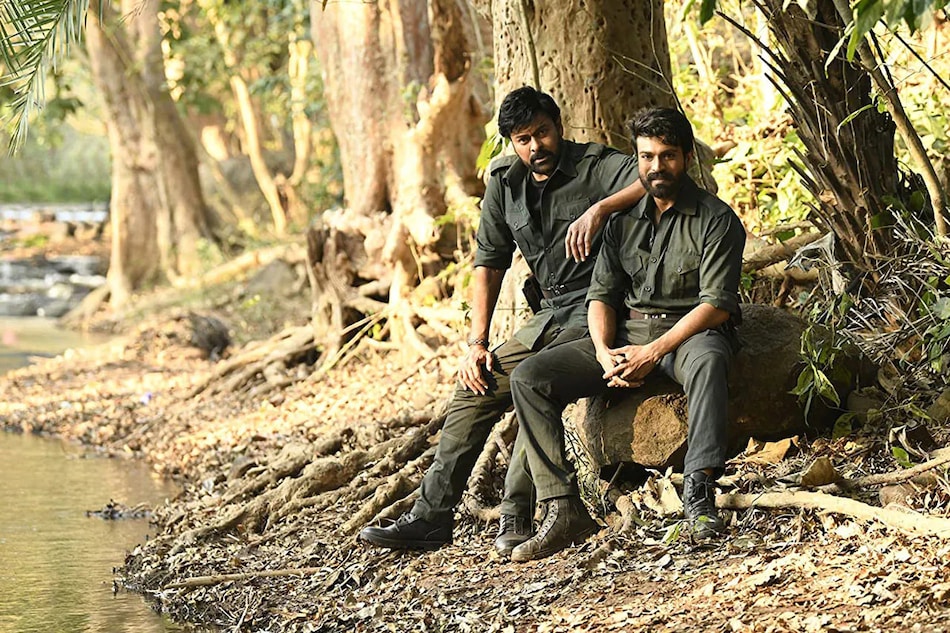 Chiranjeevi and Ram Charan in a still from Acharya

Acharya is set to premiere Amazon Prime Video on May 20, the streaming platform has announced. The Telugu-language actioner comes to subscription-based streaming services, colloquially referred to as over-the-top (OTT) services, less than a month after it was released in theatres on April 29. Acharya opened to a good response at the Andhra Pradesh and Telangana box office — earning a share of nearly Rs 29.5 crore on the first day — but failed to sustain. It collected nearly Rs. 38.45 crore in Telugu states during its full run, recovering merely 38 percent of the pre-release investment, and ended up being a commercial failure.

Headlined by Chiranjeevi and Ram Charan, the Acharya cast features Pooja Hegde, Sonu Sood, Jisshu Sengupta, and Kishore in supporting roles. Kajal Aggarwal was to play Chiranjeevi's love interest in the movie but her portions were removed as the makers felt they did not fit the narrative. This was the Gang Leader actor's first release since the 2019 release Sye Raa Narasimha Reddy. Charan, on the other hand, was seen in the period drama RRR, which was released nearly a month before Acharya.

Acharya is written and directed by Koratala Siva, who previously directed movies such as the Jr NTR-led Janatha Garage and the political drama Bharat Ane Nenu, and marks his first collaboration with Chiranjeevi. It is produced by Charan under his Konidela Production Company, best known for backing the previously-mentioned Sye Raa Narasimha Reddy and the actioner Khaidi No 150.

Acharya revolves around a middle-aged Naxalite-turned-reformer, played by Chiranjeevi, who locks horns with the Endowments department for misusing funds meant for temples. As the story progresses, we are introduced to Charan's Siddha, a braveheart who protects Dharmasthali-- the link between a divine river and the sacred land. Acharya's music has been composed by Mani Sharma, who is known for his work on movies such as the action-drama Indra and the Gopichand-led Seetimaarr.

Acharya will be out May 20 on Amazon Prime Video