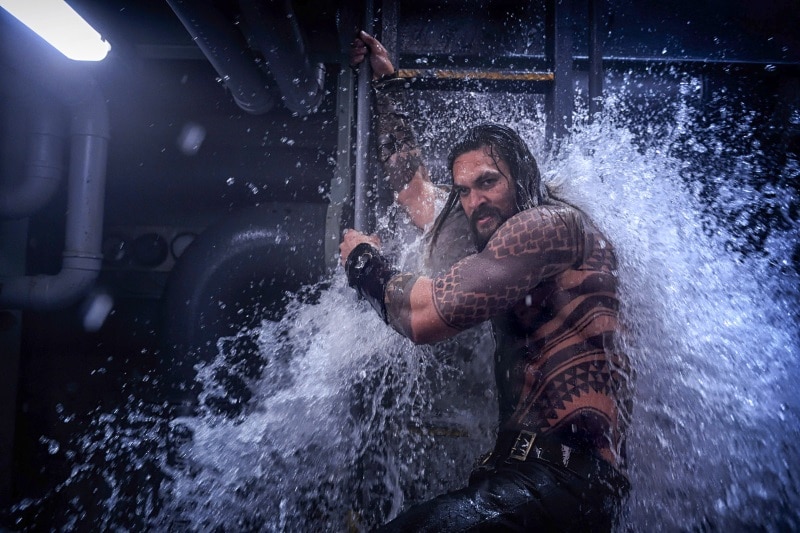 Forget Atlantis and the seven seas, Aquaman is on top of the mountain. The Jason Momoa-starrer is now the highest-grossing movie of all-time based on a DC Comics property, after it added a few millions more over the weekend to take its global total to $1.09 billion (roughly Rs. 7,747.17 crores). In doing so, Aquaman surpassed the previous record holder, The Dark Knight Rises, whose worldwide box office collection stands at $1.084 billion (roughly Rs. 7,704.53 crores). For its studio Warner Bros., Aquaman is now the second biggest movie of all-time worldwide, with Harry Potter and the Deathly Hallows – Part 2 leading the way with $1.341 billion (roughly Rs. 9,529.81 crores). Overall, Aquaman is the 24th highest grosser of all-time.

Aquaman Is Full of Ocean Wonder, but Also Endless Exposition

And it's done so with mixed critical acclaim. We felt the film had too much exposition, didn't flesh out its supporting characters, and its unique underwater visuals couldn't quite make up for those shortcomings among others. On reviews aggregators Rotten Tomatoes and Metacritic, Aquaman has a barely-fresh 64 percent rating and a not-ideal 55 score, respectively. But that clearly hasn't gotten in its way as Aquaman has broken record after record, for Warner Bros. and DC. The studios are reportedly already in conversation with director James Wan on the direction for the inevitable sequel.

In comparison with its DC Comics counterparts, Aquaman's commercial success has been more lopsided towards international markets than ever before. Of the $1.09 billion total, Aquaman earned a staggering 71 percent — $774.2 million (roughly Rs. 5,501.85 crores) — outside its domestic market of the US. For The Dark Knight Rises, it was 58.7 percent, while third-placed The Dark Knight made more money from US audiences. Interestingly though, Aquaman's 71 percent is on par with Warner Bros.' other all-time success story, Harry Potter and the Deathly Hallows – Part 2, which also made 71.6 percent of its $1.341 billion total from non-US markets.

China has been the biggest contributor to Aquaman's international success by contributing $294.8 million (roughly Rs. 2,094.99 crores). The next biggest non-US market? Mexico at just $31.2 million (roughly Rs. 221.72 crores). That shows how China is increasingly important for big American franchises. Warner Bros. understood this from past and other studio releases, which is why Aquaman was released in China before any other market, on December 7. It followed in India a week later on December 14, with the US only getting it on December 21.

It's somewhat strange that Aquaman has proved to be a bigger draw for audiences than DC's flagship Batman and Superman characters, whose future is under considerable review at Warner Bros., on the back of multiple critical failures and the critical disappointment of Justice League in 2017. And Warner Bros. has nothing to follow up Aquaman with in 2019. There's a showcase for B-lister Shazam! in early April, followed by a standalone Joker entry, starring Joaquin Phoenix in the lead, in October that doesn't even connect to the larger DC universe. But given Aquaman's massive performance, you'd be a brave man to bet against them.