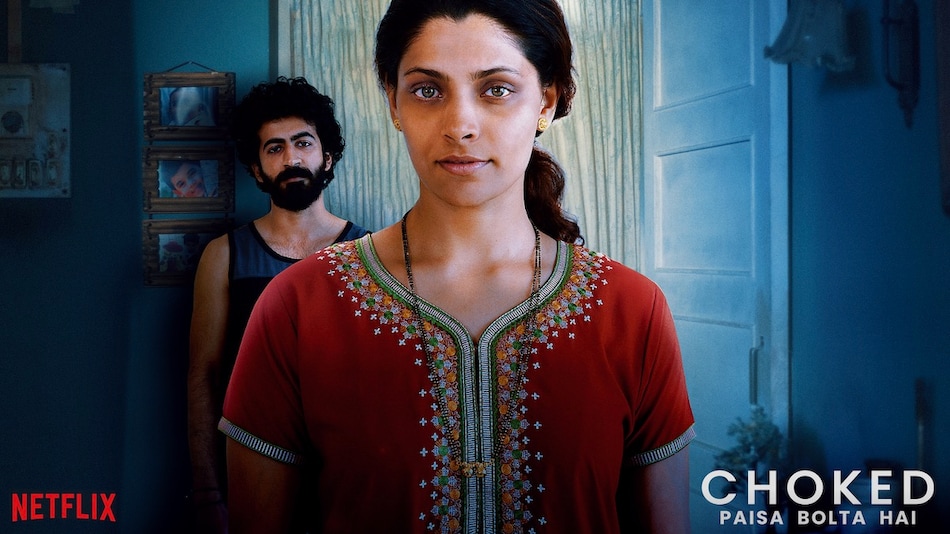 “Choked: Paisa Bolta Hai is very close to my heart,” Kashyap said in a mailed statement. “It is the story of a strong-willed middle-class housewife, who finds cash flowing out of her kitchen sink every night, and how this changes her life. It is about relationships — and the precarious balance between truth, power and money. I am thrilled to be able to bring Choked to the world with Netflix, a place that is home to diverse and incredible stories.”

Kher added: “Sarita is a 30-year-old middle-class woman. She is the sole breadwinner, she is overworked and frustrated, yet tenacious and always scheming to build ‘that dream'. At one level Sarita is that every-woman. Nihit Bhave, our writer, has beautifully weaved the complexities of this middle-class family. And I thank Anurag for trusting me with Sarita and letting me bring her to life. Working on the film has been a life changing experience for me.”

Mathew added: “Sushant is defeated, disgruntled, insecure, and suspicious, which made him very exciting to play. He was written beautifully by Nihit, and Anurag sir brought to him a unique kind of sensitivity that only he could. I'm lucky and proud to have been part of this film.”

Alongside, Netflix also unveiled character descriptions for the two leads:

Sarita Pillai (Kher): “Kher effortlessly slips into the character of a middle-class Indian wife who has a good-for-nothing husband. Employed as a bank cashier that fetches Sarita a petty sum, she is stuck in the household mess of providing for her family and can only dream of the luxuries that she wants. She has stopped caring about her appearance and her ambitions. Her life finds a new direction when she discovers a continuous stash of money in her house under her sink. But will her life's problems end while unclogging her sink, or is this just the beginning of a whole new drama?”

Sushant Pillai (Mathew): “In this challenging performance the incredible Roshan Mathew plays the role of Sushant Pillai, a struggling musician. With dreams to conquer the world, he moves to the city. But life has other plans as his music career does not take-off, which affects his marriage. He grows suspicious of his wife when she seems to suddenly switch gears for the better.”

Choked was announced in January alongside films from Karan Johar and Vikramaditya Motwane. For Netflix, Choked will be the sixth original film from India in 2020, after the horror anthology Ghost Stories from directors Zoya Akhtar, Dibakar Banerjee, Johar, and Kashyap in January, the dance drama Yeh Ballet from writer-director Sooni Taraporevala in February, the Kiara Advani-starrer, Johar-produced college rape drama Guilty and the coming-of-age rom-com Maska featuring Manisha Koirala in March, and the Jacqueline Fernandez-led mystery thriller Mrs. Serial Killer in May.

Choked: Paisa Bolta Hai is out June 5 on Netflix in India and across the world.