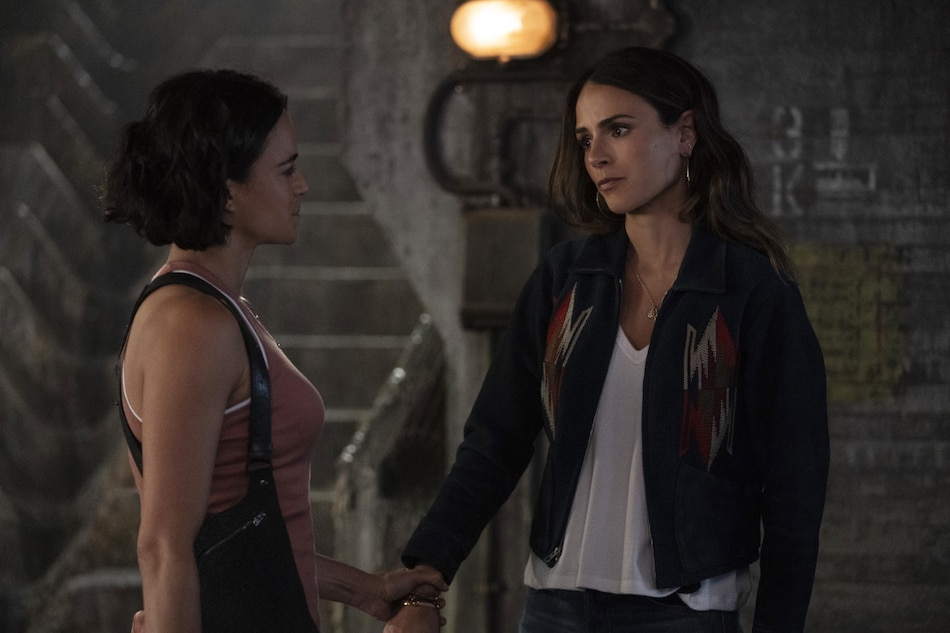 Michelle Rodriguez as Letty, Jordana Brewster as Mia in F9

Fast & Furious 9 release date has moved again — though this time, only by a day, and it's been brought forward not delayed (thankfully). With F9 ticket bookings opening on Sunday, Universal Pictures silently updated the India release date for the ninth chapter of The Fast Saga to Thursday, September 2. Previously, it was set to open Friday, September 3. Is the studio trying to gain a day on the other big release of the week, Marvel's Shang-Chi and the Legend of the Ten Rings? It would seem so. After all, Fast & Furious 9 has twice been delayed to get away from other films.

In early July, back when cinemas were mostly closed across India, Universal Pictures became one of the first movers to schedule Fast & Furious 9 for August 5 in theatres. But when in late July, Warner Bros. announced that The Suicide Squad would debut in India at the same time as the US on August 5, Universal Pictures pushed the panic button and delayed F9 to August 19. That didn't work out either, unfortunately. Following Akshay Kumar-led BellBottom picking the August 19 release date in early August, Universal Pictures shifted Fast & Furious 9 once again to September 3.

But the studio's wish to avoid new releases — F9 has kicked about globally since late May, thanks to a staggered release that has led to major piracy problems — is futile given there are new movies in cinemas every week now. Everyone knew that September 3 was the worldwide release date for Shang-Chi and the Legend of the Ten Rings. The question was whether Disney would bring it to India then, given its reluctance elsewhere, with Black Widow and Free Guy. Sadly for Universal, Shang-Chi is coming to India at the same time.

Universal Pictures has had enough of the delays though, as Fast & Furious 9 is now sticking to its early September slot. Still, it's trying to get a day's headstart on the Marvel movie — and it could use it given audiences can watch F9 at home, while Shang-Chi and the Legend of the Ten Rings is exclusive to cinemas (for now). Weirdly, Universal Pictures India's social media channels are still saying F9 is due September 3, as of Monday morning. And this isn't a paid previews situation. F9 is available all day on Thursday, starting early morning.

Fast & Furious 9 is now out Thursday, September 2 in India in English, Hindi, Tamil, and Telugu. It was expected in Kannada as well, but I can't see any screens that are offering that version just yet.