Officially slated for June 25 in India, but highly unlikely due to COVID-19. 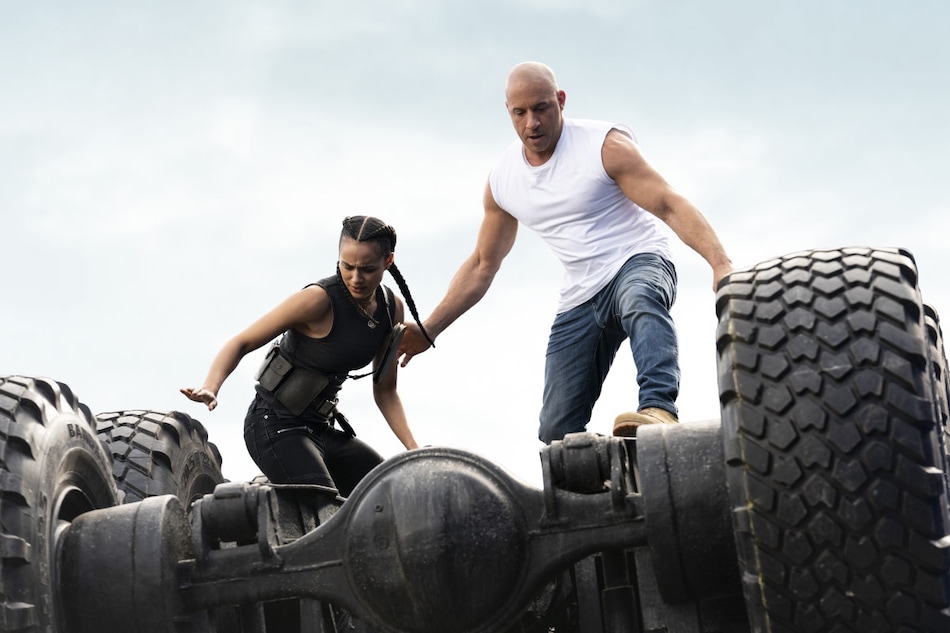 Fast & Furious 9 — being released as F9 in some markets — has leaked onto torrent sites and other networks that enable piracy, in differing versions of quality and file size (from 900MB to 1.99GB). While most copies are arguably genuine, given the attached screenshots and user comments attesting to their legitimacy, some are fraudulent and merely exist as a trap to load viruses, malware, and whatnot onto the computers of unsuspecting individuals. But even with those genuine cases, the illegal Fast & Furious 9 copies are of remarkably poor quality, feature hard-coded subtitles, and/ or are filled with advertisements. Gadgets 360 does not condone illegal file-sharing. It is against the law and filmmakers deserve to be paid for the content they create.

The first legitimate leaked version of Fast & Furious 9 showed on torrent sites such as The Pirate Bay and Zooqle over the weekend, with the label “CAM” suggesting it was filmed with a video camera in cinemas. F9 premiered last week in several markets, including China, Russia, Korea, Hong Kong, and parts of the Middle East. According to public comments, the first version is filled with ads for an online gambling and betting website. Since then, more versions — labelled “NEW” or “V2” for version 2.0 — have been uploaded to piracy networks, with some carrying hardcoded Hindi or Mandarin subtitles. The latter are present on the film itself, while the former have been inserted digitally.

Thankfully for the Fast & Furious 9 cast and crew, and F9 distributor Universal Pictures, the quality of all the illegal Fast & Furious 9 rips is downright terrible. Per publicly available screenshots, Gadgets 360 can tell that they exhibit severe issues with sharpness, detail, contrast, cropping, and/or colour. We won't be posting any screenshots out of not wanting to spoil any part of the film. Gadgets 360 has not been able to verify audio quality, though user comments suggest that it's echo-y, muffled, and hard to hear. The Fast & Furious 9 full movie leaks only reinforce the fact that you should check out the movie when it's officially available in theatres where you live.

Fast & Furious 9 is now playing in China, Russia, Korea, Hong Kong, and the Middle East. It has a global staggered rollout, having been delayed over a year due to the ongoing COVID-19 pandemic. F9 releases June 17 in Australia and New Zealand, June 24 in the UK, and June 25 in India, the US, Canada, and Singapore. Of course, an India release in June seems highly unlikely given cinemas are closed everywhere. I would expect the movie to be delayed until theatres reopen. Fast & Furious 9 moves into the rest of Europe and South America across July.